With JKLF ban, government must not make the mistakes of the past

An earlier attempt to ban SIMI was allowed to fail. 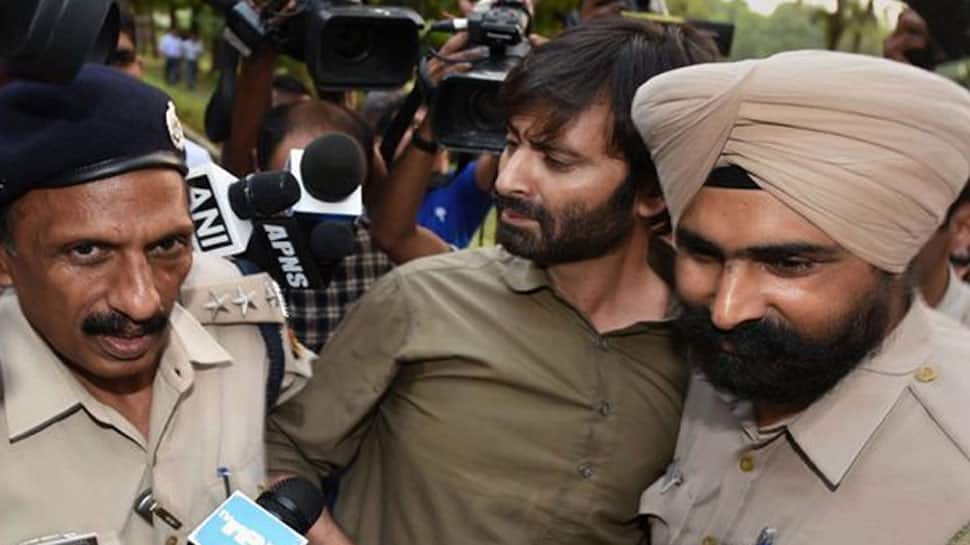 Let me begin with an extract from a recent press release from the Ministry of Home Affairs:

"Central Government in its pursuit of strong action against terrorism, has today declared JKLF (Yasin faction) as an unlawful association under the provisions of Section 3(1) of the Unlawful Activities (Prevention) Act, 1967."

Does this order have finality?
No. This does not have finality of JKLF being declared an 'unlawful association'. However, a good beginning has been made. Now, it is incumbent on the government to request the Delhi High Court to nominate a judge to preside over the UAPA Tribunal while referring this notification to the Registrar of High Court. The provisions of the Section 4 has to be satisfied by the Union government. The provisions are recalled below

Section 5. Tribunal
(1) The Central Government may, by notification in the Official Gazette, constitute, as and when necessary, a tribunal to be known as the "Unlawful Activities (Prevention) Tribunal" consisting of one person, to be appointed by the Central Government: Provided that no person shall be so appointed unless he is a Judge of a High Court. (2) If, for any reason, a vacancy (other than a temporary absence) occurs in the office of the presiding officer of the Tribunal, then, the Central Government shall appoint another person in accordance with the provisions of this section to fill the vacancy and the proceedings may be continued before the Tribunal from the stage at which the vacancy is filled. (3) The Central Government shall make available to the Tribunal such staff as may be necessary for the discharge of its functions under this Act. (4) All expenses incurred in connection with the Tribunal shall be defrayed out of the Consolidated Fund of India. (5) Subject to the provisions of section 9, the Tribunal shall have power to regulate its own procedure in all matters arising out of the discharge of its functions including the place or places at which it will hold its sittings. (6) The Tribunal shall, for the purpose of making an inquiry under this Act, have the same powers as are vested in a civil court under the Code of Civil Procedure, 1908 (5 of 1908), while trying a suit, in respect of the following matters, namely:- (a) the summoning and enforcing the attendance of any witness and examining him on oath; 8 (b) the discovery and production of any document or other material object producible as evidence; (c) the reception of evidence on affidavits; (d) the requisitioning of any public record from any court or office; (e) the issuing of any commission for the examination of witnesses. (7) Any proceeding before the Tribunal shall be deemed to be a judicial proceeding within the meaning of sections 193 and 228 of the Indian Penal Code (45 of 1860) and the Tribunal shall be deemed to be a civil court for the purposes of section 195 and 1 [Chapter XXVI] of the 2 [Code].

Next step in the process
Now after reference to the judicial institutions for confirming the notification of the declaration of JKLF as an 'unlawful association', the judicial authority will swing into action. The procedure is like that a mini trial. The Presiding Officer is at liberty to hold court anywhere and summon witnesses and suggestions and objections from the public hear them and conduct due process of trial before confirming or otherwise of this notification.
I have been once associated with a tribunal in respect of one such notification and hence am fully conversant with the procedure. Here also the officer of the government has to defend the notification against all odds like public witnesses, objections from various pressure groups from different parts of the country. We rely upon the inputs of our agencies for security inputs and Department of Legal Affairs on points of law.

Process abused by government in the past
However, this is an opportunity for a leadership to show itself as strong and placate an interested party without taking the blame. It happened in the case of the SIMI ban in 2008-09. The notification was issued. It was issued by the Human Rights and National Integration Division (HR&NI) of the Ministry of Home Affairs. A judge of the High Court, Justice Gita Mittal, was appointed. The HR & NI Division could not defend its notification and UAPA Tribunal did not confirm the notification of declaring SIMI as an 'unlawful association'.
A very important point here is that the Internal Security (IS) Division is administering the Act and is well versed in the procedure of declaration of unlawful associations. But in case of SIMI, they were kept out of the loop and the job was assigned to HR&NI Division.

Possible reasons for not assigning to the division with core competence
There were a few reasons for not assigning the task of declaring SIMI as 'unlawful association' to the IS Division. Firstly, there were many elements in the then governing political establishment who sympathised with SIMI. Besides, SIMI's latent involvement in the Samjautha Blast was on the radar of the IS Division. Thirdly, several issues relating Col Purohit being framed would have come to the fore if all documents and evidences were to be placed before the tribunal. Hence, this faux paus was allowed to happen. All these are verifiable.

It is earnestly expected that the present dispensation defends its declaration of the 'unlawful association' of JKLF in the most professional manner and not allow repeat of what happened with SIMI.