Raj and DK's direction was outstanding during the climax. This kind of action is what B-Town deserves. 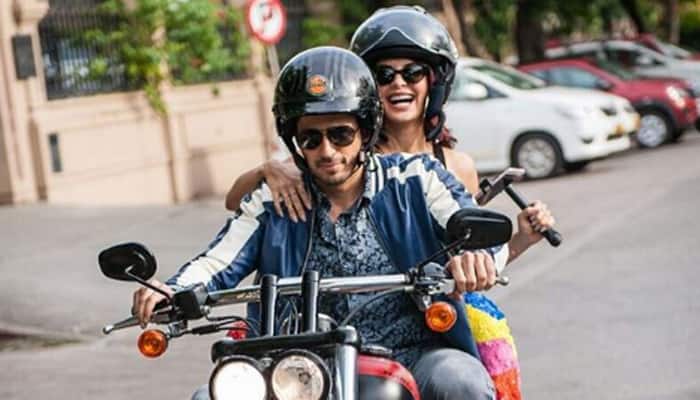 To be brutally honest, acting skills of Bollywood hunk Sidharth Malhotra and diva Jacqueline Fernandez aren't really the reason behind their massive fan following. Most of the times, their heavenly looks work wonders and win hearts of moviegoers. But, will their latest film 'A Gentleman: Sundar, Susheel, Risky' turn out to be a game changer? Well, let's find out.

Directed by Raj Nidimoru and Krishna DK, the flick is a high-octane actioner and the cinema lovers are expecting a lot of heated fights and intense action sequences. The storyline of the flick revolves around Gaurav and Rishi (both portrayed by Sid) who are living completely different lifestyles in separate countries. While Gaurav plays an ideal docile individual trying to charm his love interest Kavya (Jacqueline), Rishi, on the other hand, is the epitome of machoism whose work includes dealing with high-risk missions.

The first-half of 'A Gentleman' is a bit confusing with some unnecessary scenes. At times, the film seems a bit stretched in an attempt to add unneeded music and humour which failed to add to the entertainment quotient. It is a few minutes before the interval when you get to know where the screenplay is actually heading. It wouldn’t be wrong to say that the movie takes time to set the pace.

Most of the fun takes off during the second half when the real personalities of the on-screen characters are revealed to the audiences. Yes, there are flaws in the script but, during the latter part of 'A Gentleman', adrenaline rush kicks in as Raj and DK get started with what they do the best – ACTION which is definitely the USP of this piece of cinema.

Jacqueline adds unimaginable glamour to the film. She seems a bit underused in the movie. Interestingly, Sidharth has done a fairly decent job in 'A Gentleman'. The duo's chemistry and quirky talks give audiences a laugh or two. As far as the supporting cast is concerned, no other performance shined brightly.

Suniel Shetty's cameo could have been more dramatic. His role won't appeal to his fan following.

Raj and DK's direction was outstanding during the climax. This kind of action is what B-Town deserves. Cinematography and production of the flick were a treat to eyes in bits and pieces. As an album, the music of 'A Gentleman' is good. But, when it comes to adjusting the songs in the screenplay, it seemed a bit flawed.

At the end, I would just like to say that 'A Gentleman' is something that you won't regret watching. It will serve you – glamour, action, drama and even comedy. So, if you are planning a film outing this weekend, 'A Gentleman' isn’t a bad choice at all. Sid and Jackie will surely impress you.

'Batman' movie will be part of DC Universe, confirms director