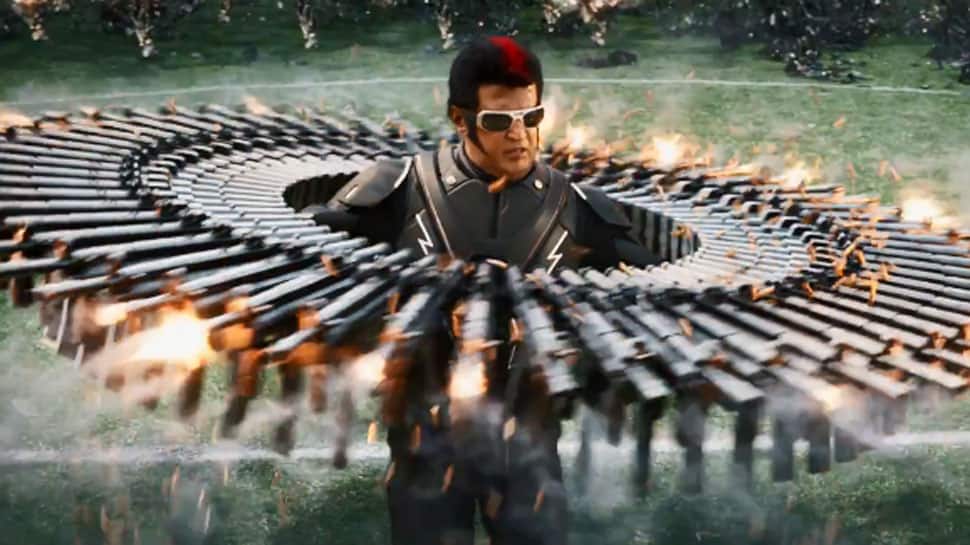 New Delhi: One of the biggest releases of the year, 2.0 took the box office by storm on day one of its release. The film promised to be a visual extravaganza and has rightfully delivered to its expectations. 2.0 stars ace actor Akshay Kumar and superstar Rajinikanth in lead roles. While Rajinikanth returns as everybody's favourite 'Chitti' the robot, Akshay stunned us all with his massive transformation as the villain.

The film hit the screens on 29 November and broke box office records. Within a week of its release, it earned more than Rs 500 crore worldwide.

On its second weekend since the release, 2.0 Hindi dubbed version continues to dominate the box office.

2.0 opened with 10,500 screens worldwide which made it the biggest release of an Indian film beating Prabhas starrer Baahubali 2, which had released in 9000 screens.

2.0 is a visual extravaganza with enchanting VFX and is one of the most expensive Indian films ever made. The makers of the 3D film have reportedly spent a whopping 75 million dollars on the VFX which amounts to Rs 543 crores approximately.

Robot 2.0 is directed by Shankar and bankrolled by Lyca Productions. It also stars Amy Jackson, Adil Hussain and Sudhanshu Pandey in pivotal roles.