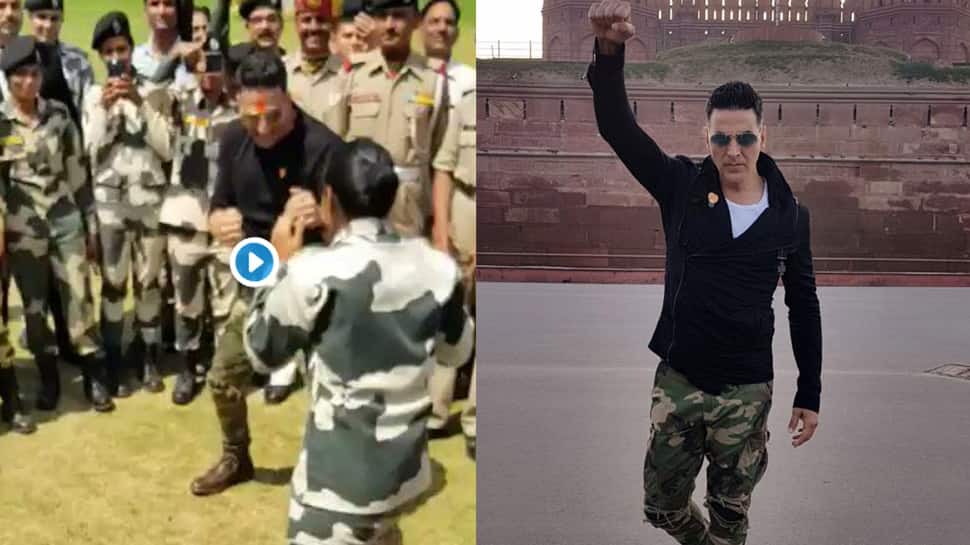 New Delhi: Bollywood's martial arts expert Akshay Kumar met with BSF Jawans in Delhi while promoting his upcoming film 'Kesari'. The actor took to Twitter to share a video in which he can be seen putting his kickboxing skills to test during his meet.

The caption is, “Always a treat to meet the Jawans from @BSF_India . Their training, passion and enthusiasm is top-notch, always a learning experience.”

Always a treat to meet the Jawans from @BSF_India . Their training, passion and enthusiasm is top-notch, always a learning experience. pic.twitter.com/HdMSVSdJhX

Akshay's 'Kesari' co-star Parineeti Chopra had also accompanied him and videos of the duo shaking a leg with BSF Jawans have also surfaced.

Talking about 'Kesari', the film is based on the valour of Sikh soldiers and tells the story of the Battle of Saragarhi. The film will hit the silver screens on March 21 and has been helmed by Anurag Singh.

Talking about the battle of Saragarhi and the film in an exclusive interview to Zee News, Akshay said, “I was upset to know that the Battle of Saragarhi is not a part of the school syllabus. There is no mention of it in our history classes. In Britain, they celebrate the Saragarhi Day but there is no such celebration here. Hence I did this film and I have never heard a story about such bravery. If you Google about Five biggest and best world battles, the third one is ours. The story of Saragarhi should be in our syllabus.”

'Inshallah' is going to be magical journey: Alia Bhatt