'Kabir Singh' tells the story of a young successful but alcoholic surgeon Shahid Kapoor who goes through an intense heartbreak after the love of his life Kiara Advani is married off to someone else. 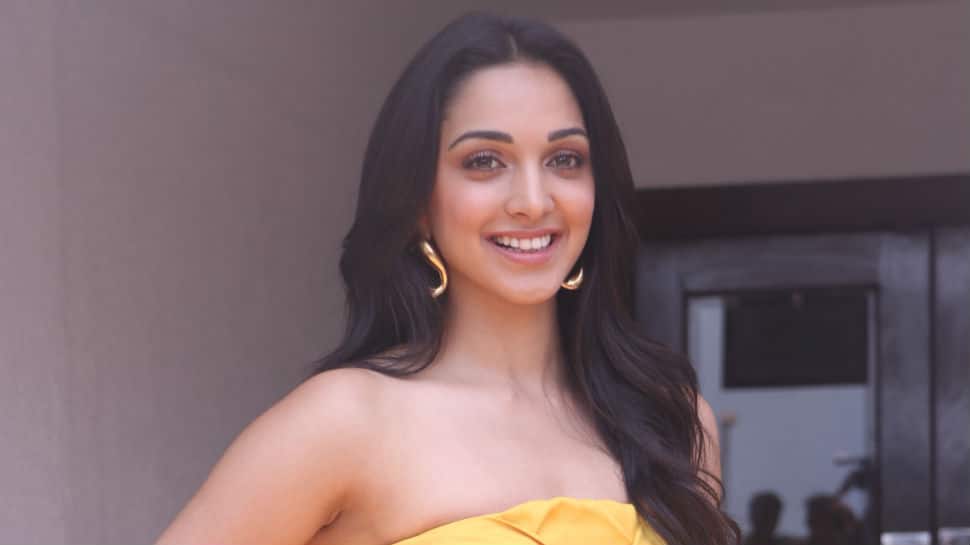 The film tells the story of a young successful but alcoholic surgeon (Shahid Kapoor) who goes through an intense heartbreak after the love of his life (Kiara) is married off to someone else.

"Through this film, we are trying to say do not go on a self-destruction path as it is not good for you and your loved ones. We are not propagating that or glamorising that in any way. One should not do what Kabir is doing.

"For me, it is ok to be a protective lover but there is a thin line between becoming an obsessive lover and a protective one. Kabir is not obsessive, he is a protective lover. He loves her a lot and she is head over heels in love with him. It is a passionate, intense, innocent and raw love story," Kiara told PTI.

Kiara plays the role of a medical student Preeti in the film, directed by Sandeep Vanga Reddy.

It is a remake of the director's Telugu blockbuster 'Arjun Reddy', which starred Vijay Devarakonda and Shalini Pandey.

'Kabir Singh' underwent a lot of casting changes from Ranveer Singh to Arjun Kapoor and Tara Sutaria for female lead being considered for the film, but it was Shahid and Kiara were eventually finalised.

According to Kiara, Sandeep approached her through a casting agent after watching her performance in Telugu film 'Bharat Ane Nenu', in which she starred opposite Mahesh Babu.

"I did a screen test for 'Kabir Singh' and Sandeep sir liked it. Things were almost locked but then for reasons best known it did not work out then. The film went through casting changes and one day it came back to me. I did ask the director why cast me again? He said because 'I only see you'. He was convinced that only I could do this film. I truly believe films are in your destiny."

Kiara says she watched the original on the recommendation of Arjun Kapoor.

"It was Arjun Kapoor who told me to watch this film because he knew I was doing Telugu movies at that time. And I had truly loved it. A few months later I read about a Hindi remake being in the pipeline. For me to be part of it and being directed by the original director for the Hindi version was important. He (Sandeep) has stayed true to the original film."

'Kabir Singh' is set to hit the screens on June 21. It is produced by Bhushan Kumar, Murad Khetani, Krishan Kumar and Ashwin Varde.