In fact the writing (Dhulia and Kamal Pandey) is much cleverer and wittier than what it seems. 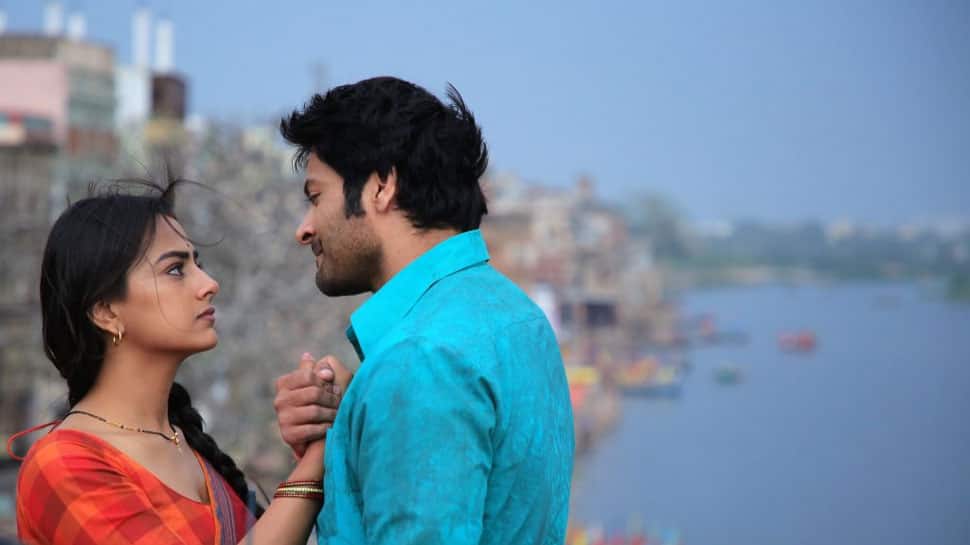 "I've heard," says the inexperienced lover-boy, that in the beginning of a romance there is a lot of sex. And then it wears down to just once in a while on Karwa Chauth or whatever.

Hearing Ali Fazal drawl these words of artless candour in the projection room of a single-theatre in Allahabad, is a pleasure beyond measure.

Milan Talkies a spiffily written expertly enacted small town hormonal romance with the juices trickling down its frames. It conveys just the right ingredients of smothered passion and unabashed swagger to make the proceedings pungent and real.

In fact the writing (Dhulia and Kamal Pandey) is much cleverer and wittier than what it seems.

There is exchange at a crucial point in the narration where a character asks the hero's friends "a butcher by profession" "Tu itna PAK-PAK kyon kar raha hai?"

All through the playing-time of this tightly-wound but loosely-structured love story I was sure of one thing. That this is Tigmanshu's most accomplished work since "Paan Singh Tomar" smartly written, wisely punctuated and sharply cut, it does everything right even the characters go horribly wrong in their judgement. Watch the magnificent Ashutosh Rana bellow against destiny when he curses the day he married off his daughter to an impotent goonda. It's a moment of reckoning in a film that revels in revelations, none surprising but all delightful.

There is no doubt on our minds that the small-town lovers would be finally united in true blue filmy fashion in this film filled with filmy characters, none more filmy that wannabe filmmaker hero's father played with sassy self-mockery by director Tigmanshu Dhulia. The director plays the hero's father as a man lost in the movies of the 1970s not quite connected with the real world outside and henceA frozen in a childlike state of existence.

It's a fascinating study of how Hindi cinema impacts and influences smalltown lives, done with dollops of brusque humour and tongue-in-cheek drama. Till midpoint Dhulia builds the budding romance between Ali Fazal and debutant Shraddha Srinath (both charming, together and apart though neither is as exceptional as the supporting cast) like scenes borrowed from the collective consciousness of a film-obsessed society.

But beneath the vigorous filminess there is the underbelly of societal maladies represented in the clash between the heroine's conservative father and loutish husband. The two roles are brilliantly manoeuvred by Ashutosh Rana and Sikandar Kher into areas of darkness and then steered expertly back into the orbit of light.

But do not confuse the light for lightness. For, even as the romance grows in the second-half into a Devdas-remixed, that core of buoyant rumination courses through the film's veins imbuing the central romance with energy and grace.

Milan Talkies is a delightful watch, much of its joy derived from packing in tropes and clich's Afrom Hindi films and re-packaging them with renewed vivacity. No assessment of this tender tale told in loops of hectic reconnaissance can be complete without a mention of Sanjai Mishra's role as Usman the film projectionist at the eponymous Milan Talkies where a very crucial part of the romantic reunion unfolds.

Mishra plays a kind of reluctant sutradhaarA who becomes a pivotal character in a romance played out with spectacular ebullience in Allahabad where goons masquerade as moral police, castrating Romeos to protect the Juliets, and provincial filmmakers dream of making it big in Bollywood.

Just like Tigmanshu Dhulia himself the boy from Allahabad who made it big in Bollywood. Milan Talkies tells us it is okay to dream of creating your own Mughal-e-Azam in real and real life. Because you never know who is watching.