Salman Khan to shake leg with Warina Hussain and not Mouni Roy in Dabangg 3?

Earlier there were rumours that 'Naagin' actress Mouni Roy will feature in the song alongside Salman. 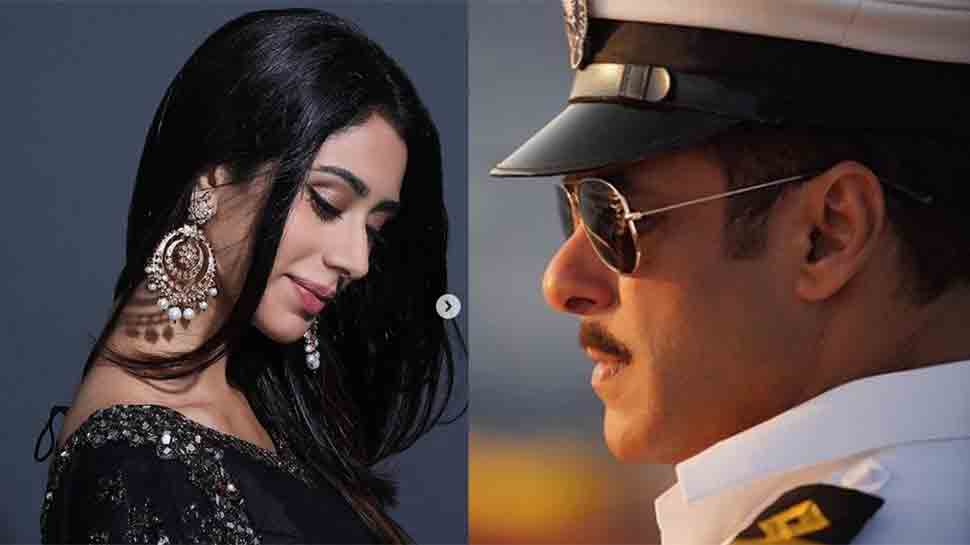 Actor Salman Khan, whose film 'Bharat' has set the cash registers ringing on the Box Office, has begun shooting for his next film 'Dabangg 3'. According to reports, the actor is currently shooting for a song in 'Dabangg 3' which is being choreographed by Vaibhavi Merchant.

Earlier there were rumours that 'Naagin' actress Mouni Roy will feature in the song alongside Salman, however, as per latest reports, Warina Hussain of 'Loveyatri' fame will groove with the superstar in the song.

Pinkvilla quoted a source close to the actor saying, "Not Mouni, but Loveyatri actor Warina Hussain who stunned everyone with her debut movie will be seen getting playful with Khan in the song. This is a first item song for the superstar in decades and the team is making sure to live up to the hype. Ace choreographer, Vaibhavi Merchant is making sure to blend Salman's trademark moves with the new ones. The team is aiming to wrap the schedule in a month in Mumbai."

Speaking of 'Dabangg 3', the superstar will be seen donning two different looks in the film, one as young Chulbul and the other as adult Chulbul. The film had gone on floors in Indore earlier this year, where the team shot for the title song of the film.

The film will focus on Chulbul's life and how he became a cop. The film will be released on December 20, 2019, and will see Salman reuniting with Sonakshi Sinha. The film will also feature Arbaaz Khan and Dimple Kapadia.

It is to be noted that late actor Vinod Khanna was seen as Prajapati Pandey and Salman's step-father in the first two installments.

Ayushmann Khurrana drops another thrilling poster of Article 15 — Check out