After trying out their hands in biopics of various actors and sports personalities, Bollywood is currently awash with all things political. From 'The Accidental Prime Minister' based on a book by the same name on former PM Manmohan Singh to 'Thackeray', filmmakers are in a race to outdo each other to rustle up a political biopic. Also in the pipeline are two ambitious projects on PM Narendra Modi and one on the 'mysterious' death of former PM Lal Bahadur Shastri in Tashkent.

Considering the passing fad that political biopics are, Shiv Sena MP Sanjay Raut brought the story of the Shiv Sena supremo Bal Thackeray to celluloid. Starring the maverick Nawazuddin Siddiqui as the most revered political figure in Maharashtra, the film attempts to chronicle his decades' long career on the 70mm screen.

Nawazuddin as Balasaheb introduces you to the caricaturist, the provocative speaker and at last the political giant. He unflinchingly portrays Bal Thackeray's hatred for Muslims, South-Indians and particularly every non-Maharashtrian who occupied space in the state. His dark sense of humour got special treatment from Nawaz, who cracked the jokes like they were his own.

While most biopics are agenda-driven, either they indulge in some shameless image-cleansing process or let propaganda rule their script, 'Thackeray' bares it all out without needless omissions. There have been many instances where you would question his collective hatred for everyone other than the Marathi community, his hate speeches that had resulted in communal clashes and often times the ghost of Hindutva would come to haunt you but that's how Bal Thackeray's regime had been and that is exactly how it has been portrayed.

Director Abhijit Panse has tried hard to make a film that captures all the nuances of the political giant but that is practically impossible. The film is not an entertainer and you should totally avoid watching it if you are expecting some masala dialogues and high-octane drama. Not much emphasis has been put on his personal life, a few scenes with Meena Tai (Amrita Rao) doesn't compensate for the loss of focus on his familial bonds.

Amrita as Meena Tai is a mute spectator to all the activities of her husband. She comes, she serves and she goes. Although Amrita is a treat to watch on screen after ages, there is just too much resemblance with her character in Vivaah and that disappoints the viewers, who would have expected more from her supposed 'comeback'. However, her poise and simplicity are indubitably admirable.

As much as the makers have toiled hard to pick the perfect actor to play Bala Saheb, they just did not try designing the supporting star cast. The person who plays former PM Indira Gandhi opens a can of worms in her to attempt to play the character. She delivers her dialogues in a robotic manner, flutters her eyelids even when her character doesn't demand it. Anybody who has seen the late Prime Minister's interviews and speeches would know she is nothing like the way she has been portrayed in the film. The highpoints about Nawaz's portrayal of Thackeray is that he doesn't try to mimic his Marathi accent and does not even try to speak the language. He has tried to be as real as it can get and focus on the nuances of his character rather than imitating him blatantly. 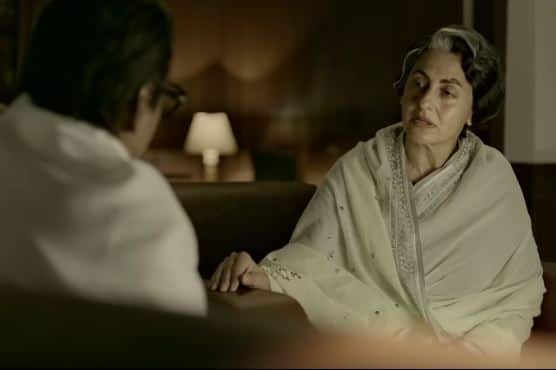 Coming back to the film, it won't quench your thirst for a perfect biopic because it clearly isn't. However, the film doesn't lionise Thackeray and that's exactly why you should watch it. Nawazuddin Siddiqui's performance is not a surprise element because there isn't anything that the actor cannot do and it surely can be one of the primary reasons to watch this film.