Nevertheless when pumping revenues is the trick that everyone in the government machinery is hunting for, ticket price hike is the only elementary option left. 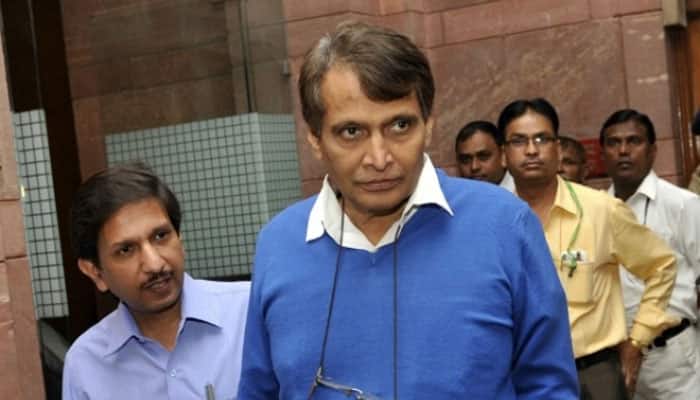 It’s a customary affair now. The ruling regime comes up with something out-of-the-box - in terms of making policy decisions - faces flak, takes egg on the face, backtracks and inclines towards reappraisal. Incontrovertibly, this time too the record will stay on unscathed.

Months after rolling back the decision to restrict withdrawal of provident fund - the verdict that staidly dented government’s representation of being “of, for and by the people” - the move to put in place the flexi fare system for premier trains -- Rajdhani, Duronto and Shatabdi - has elicited critique from impedance parties and the aam aadmi (if he matters still).

As anticipated, the Railways now apprises us that the decision to initiate dynamic surge pricing qualifies on a purely experimental basis and will be reviewed shortly. The writer reckons the terminal nail has been driven in this coffin as well.

The opposition is gung ho and so the common man whose life plausibly appears running parallel to a guinea pig (nowadays) as government incessantly hires it for experimenting its strategies.

Nevertheless when pumping revenues is the trick that everyone in the government machinery is hunting for, ticket price hike is the only elementary option left.

Let’s discuss the other side of the story likewise for more balanced and veritable assessment. Currently, Railways is facing the loss of Rs 33,000 crore in the passenger segment as it only charges 36 paisa for one km of travel. Under-recoveries are ought to prop up as Railways only recovers 57 percent of the cost of travel on an average, as per the latest data.

This distinctly demonstrates how Rs 34,000 crore subsidy offered annually in passenger fare is putting a monolithic burden on its balance sheet.

Now, when the Rail Budget is all set to be a part of Union Budget from next year, these numbers may mislay more transparency only to destabilize the calculations later.

The passenger revenue target for the current fiscal is Rs 51,000 crore as against Rs 45,000 crore in the last fiscal, an increase of Rs 6000 crore for 2016-17. A substantial task considering the latest scenario.

The financial orientation of the Railways is debilitated and there is a need for robust measures to ameliorate the state of affairs.

Why going after the middle class always?

Ashok Khemka, the the Principal Secretary to Government of Haryana, Science & Technology Department justifiedly questions the rationale behind the hike in prices when he tweets, “Surge pricing in train travel exploits citizens’ helplessness. Similar step by taxi aggregators, Uber and Ola, was frowned upon. Demand-supply argument valid in case of competition. Indian Railways is monopoly. Imagine surge pricing in other monopolies or basic needs.”

The way government took a leaf out of the book of taxi aggregators, Uber and Ola, in terms of adopting surge pricing model stupors all the more.

As Khemka rightly remarks, surge pricing idealistically works in case of competition, where demand and supply play the primary functions. When the sector (Railways) is entirely monopolistic in nature, the rationale doesn't hold any water.

A logic also arrives that travelers of the premium trains can easily absorb any hike in rates. However, facilities on-ground should also compliment the same – which generally doesn't occur.

Even the revenue from freight hasn't been on awaited lines lately. The ministry promised freight growth target of 850 MT basing it on the expected 8-9 per cent gross domestic product growth and increased coal traffic, the actuality was that the freight growth stayed flat at April/December, 2014 levels at 816 MT during the same period this year.

Sure enough, it's tough to generate revenue in such a scenario. However, in a country where any hike in train tickets straightaway affects the household-budget, such a decision can only backfire for the government.

Already Railways is facing a monumental burden post seventh pay commission. But, hurting middle class through surge pricing is not a wise option in any case – Mr Prabhu.