Bol Bachchan actress Prachi Desai reveals her casting couch ordeal with a big director, says was told 'she is not HOT'

Prachi Desai in an interview opened up on her ordeal with casting couch experience and how once she was told that she needs to be hot enough. 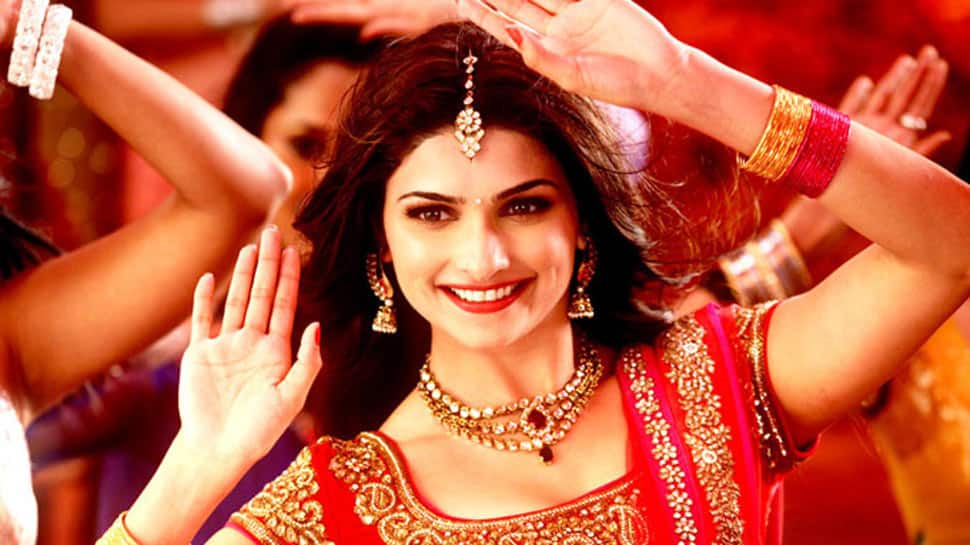 New Delhi: Famous television actress turned Bollywood star Prachi Desai made her stunning debut in movies with Farhan Akhtar's 'Rock On' in 2008. After gaining massive stardom with Ekta Kapoor's Kasamh Se, she entered movies. She featured in several blockbuster hits such as  Life Partner, Once Upon a Time in Mumbaai, Bol Bachchan and I, Me Aur Main among others.

After spending more than a decade in the movie business, Prachi Desai in an interview with Bollywood Bubble opened up on her ordeal with casting couch experience and how once she was told that she needs to be hot enough.

The actress said, "I don’t think anybody is spared. Muck is going to be thrown at everyone. To be honest, a lot of times, because I started working when I was 19 in films, I used to get away with a lot of things just because I was very very young. So I feel like a lot of people tried not to mess with me because I was just too young. However, I saw a lot of rubbish coming my way later but by then I knew how to handle it. I stuck to my own business that made it easier also. Whenever I had someone make a pass at me or anything like that I wouldn’t tolerate that for sure. If I had directors calling me at odd hours. See if you have work and it’s very urgent you can understand and find a way to sort of work around it. And if it’s those last-minute kinds of things you know that it is work. But other than that, you have people calling you late in the night then I would either out off my phone or switch off my network. Or just happily go off to sleep not bothered about who is saying what. So yeah, things like that happen all the time. But it’s just about how you decide to handle it."

"Oh sure. I think very direct propositions were also made to me to get cast in a certain big film but I have outright said no. And even after saying no, the director called again. And I still said that I am not interested in your film. I think I am very honest and upfront. I don’t like beating around the bush. So yeah, I am very upfront about these things. If I could tell them to get lost then I say it in the same words. And I don’t say like ‘Hey it’s not gonna work out or hey I don’t think I want to do this film’. No, I think you are being a creep or you are an a$sh#le get lost", she said.

Opening up on how she was once called not hot enough during her intial years, Prachi Desai told the portal, "The initial years of my career were only full of self-doubt. The debut went off absolutely great. It was after that that the challenges started. So getting a break on TV at the age of 17, getting a film break at 19, all of that was magical. And I didn’t see that coming or anything. So that was a huge surprise and I thought that’s how things work out when you are that enthusiastic in life or when you are working hard you know that’s how things are going to pan out. However, after stepping into the real film world is when all the self-doubt started. Nobody ever wanted you to be what you are. Everybody wants you to be something else."

"In the film business, people want you to be what only a certain man wants you to be. You are always looked at from a male gaze. And I was always told like, ‘You are not hot enough. You need to be hot. You are too young too cute. I think you need to do a sexy shoot. All you need to do a sexy song’. And I didn’t understand that. I was like, ‘But for who should I do these sexy shoots. For who should I do these sexy songs.’ Don’t you see what I am doing in my films? That I can act. Why is that ‘men’s magazine’ shoot is so important to you to cast me in a film, which is a family film. This is the problem that I had for so many years initially. And that was a 19-year-old me who was hearing all of these things constantly for the sake of being cast in movies. And I don’t think it’s easy on a 19-years-old to constantly be told these things. Especially when you are not from the film industry. So you don’t know what to do and how to go about things like when the media is not kind to you or when within the industry this is the feedback you are getting. So obviously, it’s very difficult to sort of keep your vision straight and decide that I will only do what I am okay with doing. At the same time, because I have been a little detached that’s how I have learned to stay happy. Happiness is a constant effort let me tell you that."

On the work front, Prachi Desai was seen in the ZEE5 film titled Silence... Can You Hear It? with Manoj Bajpayee and Arjun Mathur.