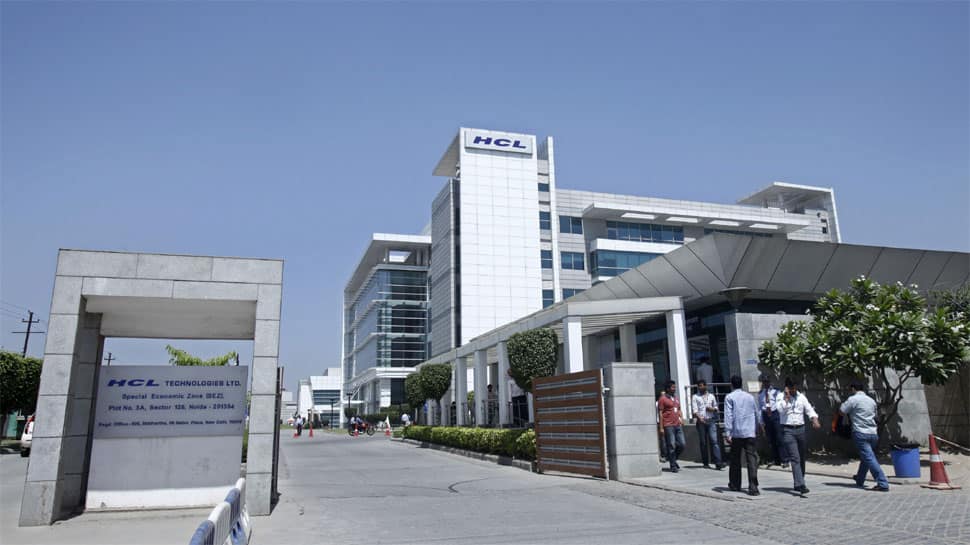 New Delhi: IT services major HCL Technologies Thursday posted a 14.3 percent rise in its consolidated net profit at Rs 2,550 crore for the March 2019 quarter and set an "aspirational" annual revenue target of more than USD 10-billion (about Rs 70,258 crore) in FY2019-20.

In dollar terms, the net profit rose 5.9 percent to USD 364.3 million for the March 2019 quarter, while revenue was higher by 11.8 percent to USD 2.2 billion as compared to the year-ago period as per the US Generally Accepted Accounting Principles (GAAP). The revenue for the full fiscal was up 10.1 percent.

HCL Technologies President and CEO C Vijayakumar termed the company's performance as "blockbuster" and said the revenue growth of 11.8 percent in constant currency terms was higher than its guided range of 9.5-11.5 percent for FY2018-19.

The Noida-based company has forecast its revenue to grow between 14-16 percent on constant currency basis this fiscal. This translates into a topline in the range of about USD 9.83-10.01 billion.

Speaking to reporters, Vijayakumar said the aspiration is to cross the USD 10-billion revenue mark during the ongoing fiscal.

He explained that of the guided range of 14-16 percent revenue growth, about 7-9 percent would be organic and the remaining would come from acquisitions made last year, including its USD 1.8 billion deal for IBM products.

"I believe FY'20 will be a good year for us. It is going to be a good year for the industry as well. The demand for technology services and products is definitely very high. It's very clear that every industry is getting re-imagined with a lot of tech solutions to deliver or re-imagine their businesses. So that is going to create a tailwind for the technology services as we go into FY'20," he added.

HCL Technologies' larger rivals - Tata Consultancy Services (TCS) and Infosys - have also posted strong growth in the March quarter and exuded confidence keeping the momentum going in the current fiscal as well. For FY2018-19, TCS' revenue was at USD 20.9 billion, while that of Infosys was at USD 11.7 billion. Wipro's revenues from IT services segment were at USD 8.12 billion.

Vijayakumar said the company would continue to scout for acquisitions in technology areas like digital services, cloud, Internet of Things and cybersecurity. Its Mode 2 and Mode 3 services - which includes digital and IP-led businesses - accounted for 28.3 percent of the revenue.

He added that Mode 2 and Mode 3 services contribution to revenues is expected to touch 35 percent by the end of 2019-20.

HCL Technologies board has declared an interim dividend of Rs 2 per share for 2018-19.

The company added 14,249 people (gross) during the quarter to take its total head count to 1,37,965 at the end of the March 2019 quarter. Attrition in the IT services business on the past 12-month basis was 17.7 percent. HCL Technologies, which follows July-June cycle for appraisals, is working out the details and will provide wage hikes that are at par with industry peers, it said.

The results were announced after trading hours. Shares of the company closed almost flat at Rs 1,132.10 apiece.