The Department of Telecom had recommended her extension from August 1 to the Appointments Committee of the Cabinet and she is likely to get a three-month extension, said the sources. She had joined DoT as secretary in June 2017. 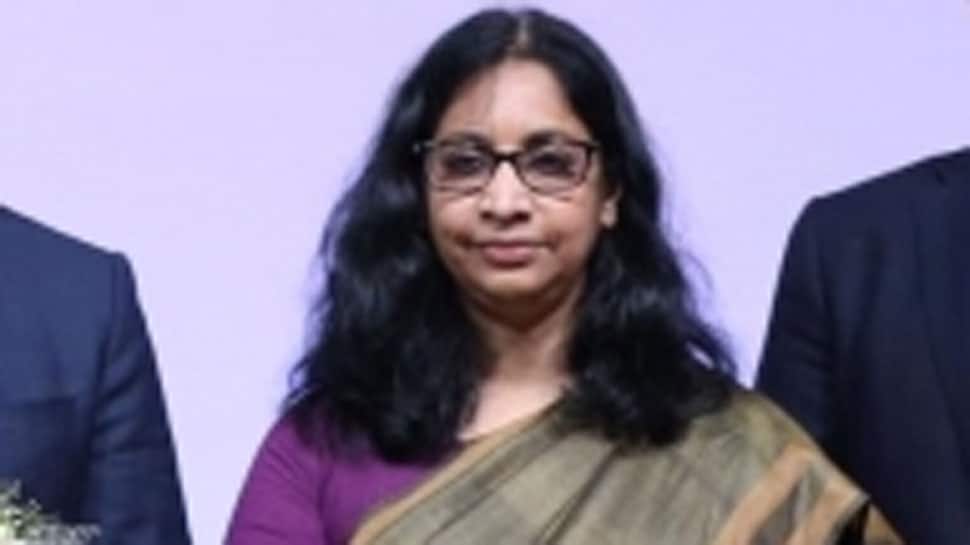 New Delhi: Union Telecom Secretary Aruna Sundararajan may get a three-month extension from August 1 after she achieves superannuation this month-end, official sources said.

The Department of Telecom had recommended her extension from August 1 to the Appointments Committee of the Cabinet and she is likely to get a three-month extension, said the sources. She had joined DoT as secretary in June 2017.

In June, the Government changed the rules to give PK Sinha three more months as Cabinet Secretary. This was seen as cutting down on the chances of the country having its first woman cabinet secretary as two women IAS officers, among the senior-most in the country presently, were to retire in July -- Tamil Nadu Chief Secretary Girija Vaidyanathan and Union Telecom Secretary Aruna Sundararajan.

Sources also added that the continuation of Aruna was sought as many of the current Digital India initiatives are in the midst of implementation including the National Digital Communications Policy -18.

A 1982 batch IAS officer from the Kerala Cadre, Sundararajan is one of the most senior civil servants of the Indian Administrative Service.

Sundararajan has been at the helm of policy making during an extremely challenging time in the life of Indian Telecom where every operator except Reliance Jio is under financial stress. The industry has a whole has Rs 5 lakh crore debt for buying spectrum from previous auctions.

The other major milestones include the five plus times growth in broadband access and India becoming the highest mobile data consuming nation globally at 1.3 billion GB per month; completion of BharatNet phase 1 where OFC coverage went up from 7 lakh km in 2014 to 14 lakh km in 2018 being rolled out at the phenomenal rate of 200-800 kms per day, and reaching over 1 lakh Gram Panchayats by 2018; formulation and passing of NDCP 2018 that covers important aspects including emerging technologies such as IoT, AI, M2M; Ease of Doing Business; Spectrum Sharing, Trading & Harmonisation; connecting uncovered areas of NE, LWE, A&N Islands; the WiFi Hotspot initiative; and the setting up of the "Forum for 5G India 2020 headed by Prof Paulraj to work out the spectrum & regulatory policies; awareness promotion programmes, and build up applications and use cases, and pilot trials.

The NDCP or the new Telecom Policy was also formulated and being implemented during her time.

No blanket crypto trading ban yet in India