Under Indian regulations, an airline can fly overseas once it has a fleet of 20 aircraft -- a criterion that would be fulfilled by Vistara by March 2018. 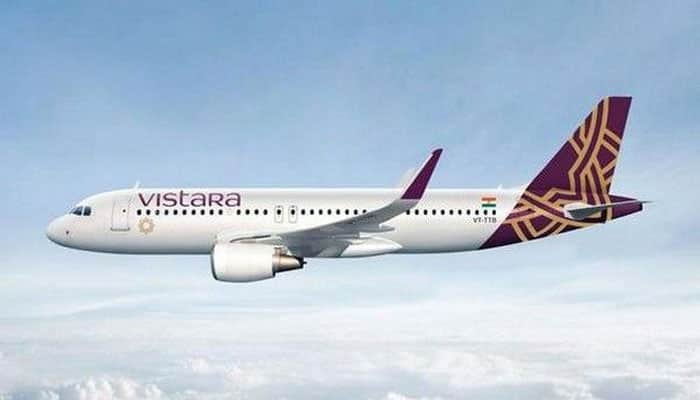 A joint venture between the Tatas and Singapore Airlines, the full-service carrier Vistara began commercial operations in January 2015 and has a fleet of 16 aircraft. The number of planes is expected to increase to 20 by March and 22 by June next year.

Under Indian regulations, an airline can fly overseas once it has a fleet of 20 aircraft -- a criterion that would be fulfilled by Vistara by March 2018.

Yeoh said the airline is very close to unveiling plans for international operations, adding that Japan is on the radar.

"Japan is on our radar. The question is how, and how many frequencies we start with, what type of aircraft... These are work in progress and we are very close to finalising," the CEO of Vistara told reporters here.

Seeking to expand its collaboration with Japan Airlines, both carriers today entered into a memorandum of understanding (MoU).

"We will jointly pursue commercial opportunities... And leverage the strength of both airlines," Yeoh said.

With the MoU, both carriers would pursue significant cooperation code share and frequent flyer partnerships as well as other operational arrangements.

The code share partnership -- which would help provide seamless connectivity for passengers of both airlines -- is expected to be in place next year.

Already, Vistara and Japan Airlines have an 'Inter- Airline Through Check-In' partnership. This allows passengers to have a seamless through check-in facility while connecting to or from a Vistara flight in India and over 50 countries across Japan Airlines' network, using a single ticket.

"We continue to expand brand and market presence in Japan even though Japan is not on our map yet but soon to come... It could not have come at an opportune time. India and Japan are set to ratify the open sky agreement some time this month," Yeoh said.

An open sky air service agreement allows airlines from the two countries to have an unlimited number of flights as well as seats to each other's jurisdictions.

Japan Airline's Executive Vice-President Tadashi Fujita said the strengthened partnership with Vistara represents a significant milestone for the two carriers to provide customers better access to destinations between and in Japan and India.

To a query, he said there are no plans now to invest in Vistara.

Japan Airlines has a daily non-stop service between Tokyo (Narita) and Delhi. It has plans of strengthening its presence in the country through a suitable partner to help boost connectivity between Japan and India, connecting through Delhi, a joint press release said.