Chasing a target of 105, Pune lost opener Tom Cohler-Cadmore for 12 when he was clean bowled by Ravi Rampaul. Opener Keenar Lewis and Chadwick Walton added 27 more runs when UAE medium-pacer Zahoor Khan had Walton caught at deep point by Azam Khan for 18. 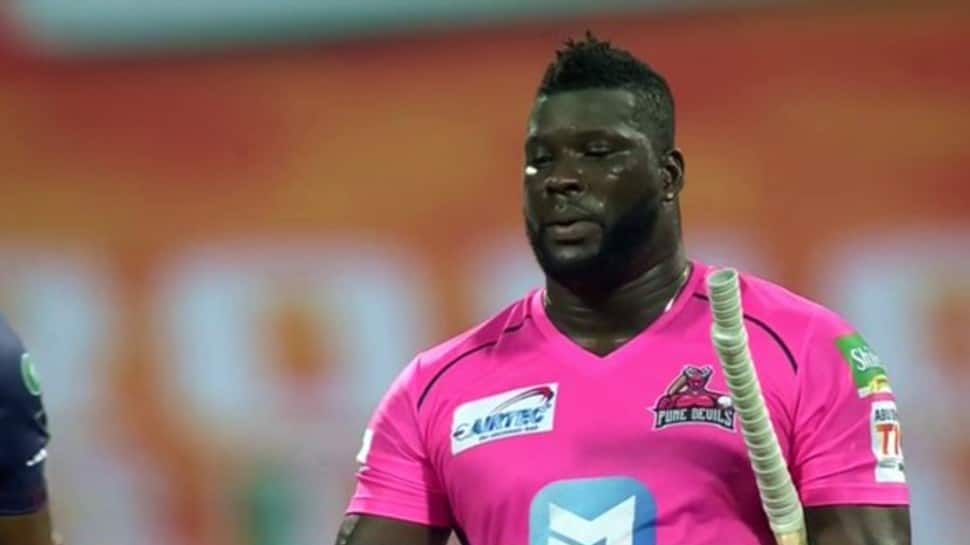 Pune Devils produced a sterling all-round performance to pull off an emphatic seven-wicket win over Deccan Gladiators in the second match of the Abu Dhabi T10 at the Abu Dhabi Zayed Cricket Stadium. Bangladesh off-spinner and Pune Devils' captain Nasir Hossain (3 for 18) and Oman's medium pacer Munis Ansari (2 for 11) restricted Gladiators to 104 for 5.

Later, West Indies' Kennar Lewis opened the innings and steered Pune to the target through an unbeaten 57 off 28 balls with six sixes and three boundaries. Pune won the toss, and Nasir Hossain, who opened the bowling attack with Mohammad Amir, produced a deadly spell of three wickets from his two overs.

He was well backed by Ansari. Hossain first clean bowled opener Sunil Narine with the second ball of the second over and then removed the aggressive Afghanistan opener Mohamamd Shahzad off the last ball of the same over.

Shahzad, going for a slog sweep, top-edged to Asif Khan at square leg for 8. After skipper Kieron Pollard was trapped leg before by Ansari off the first ball of the fourth over for just two runs, Hossain then had Prasanth Gupta caught at long-on.

Ansari then went on to take another prize wicket of Cameron Delport who slog hit to mid-wicket. Azam Khan, son of Pakistan's legendary wicketkeeper Moin Khan, hit an unbeaten 37 off 13 balls with four sixes and one boundary to help Gladiators cross the 100 run mark.

Chasing a target of 105, Pune lost opener Tom Cohler-Cadmore for 12 when he was clean bowled by Ravi Rampaul. Opener Keenar Lewis and Chadwick Walton added 27 more runs when UAE medium-pacer Zahoor Khan had Walton caught at deep point by Azam Khan for 18.

In the last five overs, Pune needed 62 runs.Sunil Narine struck in the seventh over to have Darwish Rasooli caught by Pollard in the cover but Lewis kept the run chase going. He slog-swept Narine for a six. Rampaul bowled a tight eighth over giving away just seven runs.With 26 runs needed off 12 balls, the match looked like it was heading towards an exciting finish.