The 27-year-old wicketkeeper-batsman has played just six previous ODIs and typically batted in the middle order, where he has scored 172 runs at an average of 34.40. 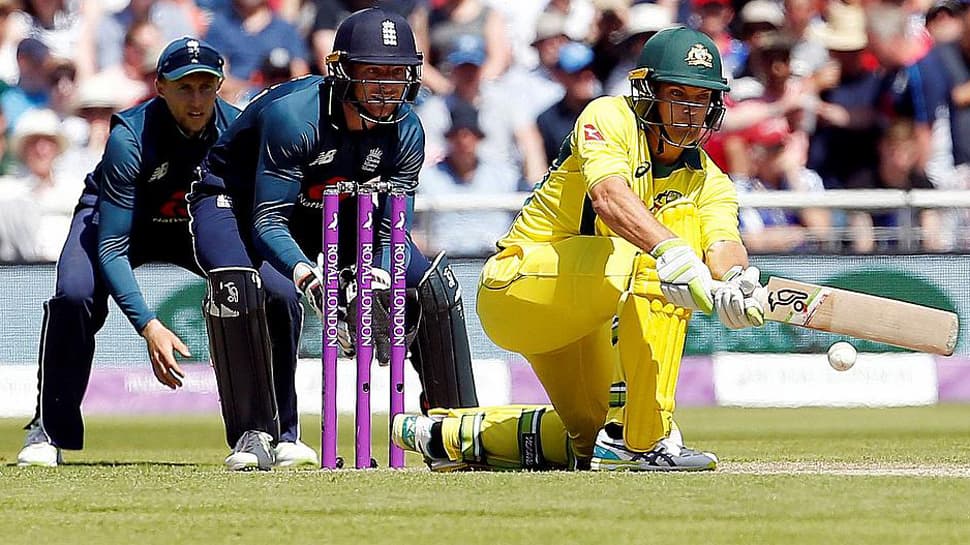 Alex Carey will be given the opportunity to push for a top order spot at the World Cup when he opens the batting with Australia captain Aaron Finch against India in the first ODI of the three-match series at the Sydney Cricket Ground (SCG) on Saturday.

The 27-year-old wicketkeeper-batsman has played just six previous one-day internationals and typically batted in the middle order, where he has scored 172 runs at an average of 34.40.

Carey, however, is also an aggressive opening batsman in domestic Twenty20 cricket and Finch said that the selectors wanted to see what options they had in their batting order as they prepare for their World Cup defence in England later this year.

"It`s just an opportunity to see Alex play in a position he`s done quite a bit in Big Bash and one-day cricket," Finch told reporters on Friday, where he added that Peter Siddle would make his return to ODI cricket for the first time in eight years.

"It`s a position he`s performed really well with in the last couple of years. We are starting to get a balanced side that we feel can adapt to a lot of different conditions," the Australian skipper said.

Finch might project some overt confidence of his side`s chances against the Indians and the May 30-July 14 World Cup, but they are arguably under more scrutiny than ever before.

The selections have been second-guessed by commentators and former players while current players have also openly voiced their concerns over the process.

The five-times world champions are also still reeling from the fallout of a ball-tampering scandal last March and the 12-month suspension of two of their best batsmen in Steve Smith and David Warner, while recent results have been terrible.

Of their last 20 completed ODI matches they have won just three, but Finch said they still had time to fine tune selections and tactics ahead of their World Cup opener against Afghanistan in Bristol on June 1.

"It`s still enough time to get it right and make sure, come that World Cup, that we are ready to go with a really balanced and settled side," Finch said of the current series and five more one-dayers in India in March.

Siddle, who last played an ODI in November, 2010, was also given the opportunity to force his way into World Cup contention after being selected on the back of recent domestic Twenty20 form while first-choice pace trio of Mitchell Starc, Josh Hazlewood and Pat Cummins were rested.

The 34-year-old Siddle said that he was feeling "like a young kid" after being selected again and that his success in the shorter format could help with the 50-over game.

"If there`s ever a good way to learn fast, how to develop skills in white-ball cricket, it`s definitely the T20 format," Siddle told reporters.

"You have to learn quickly, learn on your feet and if you don`t execute the deliveries, you obviously cop it a lot in the shortest format. That`s definitely helped my 50-over form."

Preview: After Test high, India look to prepare for World Cup with ODIs against Australia