While the British media largely saluted both England and New Zealand for what was an absolute thriller of a final in ICC World Cup 2019 tournament, the Kiwis back home were devastated by the Super Over rules. 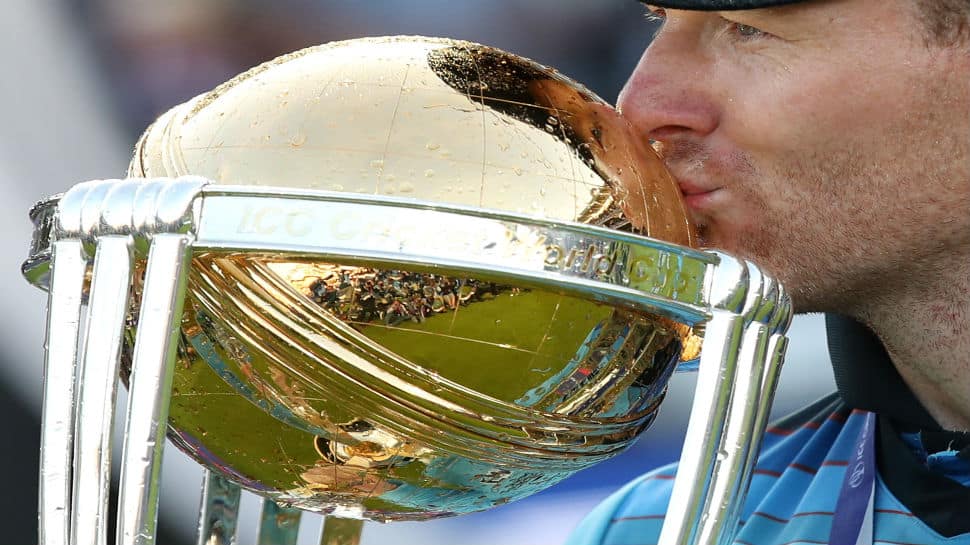 England brushed past New Zealand by the closest of margins on Sunday to win the ICC Cricket World Cup 2019 title. In a match that was decided  through 'Super Over', both teams displayed tremendous skill and cricketing acumen in what is being regarded as the most thrilling World Cup final ever played.

With immense respect for each other, English and Kiwi players played the final with a high levels of sportsmanship and even after the eventual outcome, shook hands in respect for what was truly a brilliant day for cricket.

But there were celebrations on one side and scenes of heart-wrenching emotions on the other. Both England and New Zealand had never won the World Cup title and yet, many feel, both emerged as winners at Lord's.

British press heaped praise on Eoin Morgan and his team, and applauded the efforts made through the course of cricket's marquee tournament. "Slow burning final builds to an unforgettable climax," the BBC reported, adding that the final was 'one of the most memorable moments in British sporting history.'

The Guardian report too saluted the cricketers for their indomitable spirit. "This was the most astonishing, fortuitous, preposterous climax to any cricket match I’ve witnessed, let alone a World Cup final," wrote Vic Marks for The Guardian. "Only the Kiwis could have coped so graciously with the manner of their defeat in the most riveting final this tournament has ever witnessed."

Indeed, there was as much praise for England's win in the match as was in store for New Zealand cricketers who battled hard and only lost by a microscopic whisker.

Back home, the morning sun had already begun to rise by the time it was setting over London. Die-hard fans of the Black Caps, however, were up and praying in earnest. In the end, it was heartbreak.

Kiwi press reported on how many former cricketers and an overwhelming number of fans were absolutely outraged at the rules pertaining to Super Over. After all, even after the Super Over stage, the scores were level but England won because the team had hit more number of boundaries. "I feel really empty, and a bit cheated," former Kiwi cricketer Dion Nash was quoted as saying by Stuff. "Clearly, it's ridiculous,really absurd. It's about as random as tossing a coin."

Former Kiwi wicketkeeper Peter McGlashan too was quite devastated. "I think it's a shame, that we've played a tournament which has gone for 48 games, and yet it's decided by someone getting out a piece of paper and a pen and picking apart the bones," he said.

The rules however, fair or otherwise, existed much before the final was played in front of a packed stadium at Lord's. And while England will celebrate the cricketing triumph for quite some time to come, the Kiwis will just have to come back hard in the next edition of the tournament.

Kane Williamson Player of the Tournament in ICC World Cup 2019