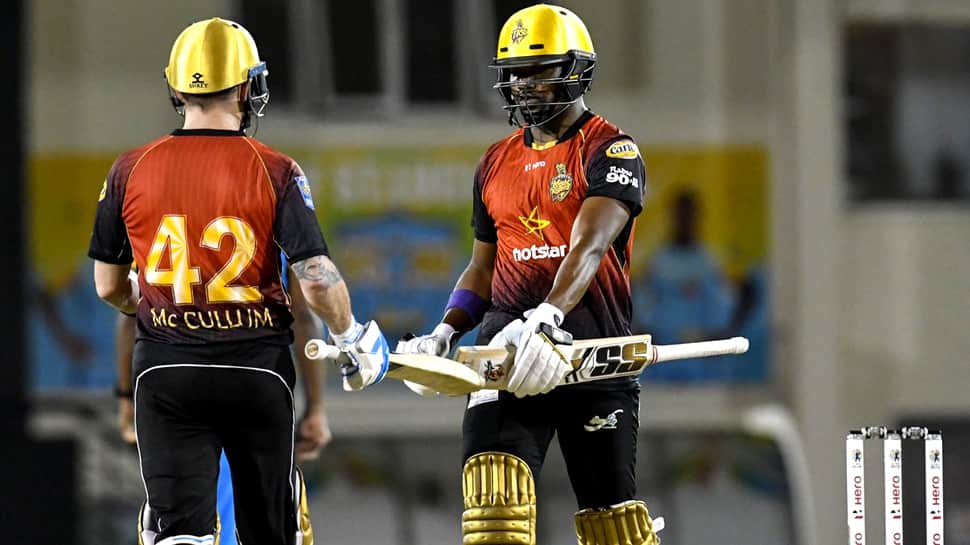 The firebrand cricketer smashed 10 sixes and six fours and stitched a massive 137-run partnership with Brendon McCullum (68) as Knight Riders successfully chased down a target of 213 runs, handing St. Lucia their fourth straight loss in as many games.

Chasing a competitive total, Knight Riders were off to a nervy start after losing both their openers Sunil Narine (9) and Chris Lynn (4) early in the third over. Left-hander Colin Munro (25) and Brendon McCullum shared a 51-run partnership for the fourth wicket but Munro succumbed to the mounting run-rate in the 10th over.

Knight Riders required a whopping 138 runs in the last 10 overs when Darren Bravo came into bat. Bravo and McCullum got the chase back on track. However, Knight Riders still required 85 off the last five runs with a staggering run rate of 17 runs per over. Bravo then stepped up to hit Kieron Pollard for five sixes in a row, smashing 32 runs in the 16th over. Soon McCullum too accelerated to put Knight Riders on course to crucial four points in the tournament.

Trinbago Knight Riders and St. Lucia Stars hit record 34 sixes in the match which is the joint-highest number of sixes ever hit in the T20 format. The teams share the top spot with Otago and Central Districts who hit 34 sixes in December 2018.

34  were struck in the #SLSvTKR #CPL18 game, the joint-highest for any T20 match  pic.twitter.com/0z3tmpBZtw