Dhoni, Jadhav leave everyone baffling with lack of intent in last 5 overs against England

MS Dhoni and Kedhar Jadhav showed no intent of chasing down the target and they added just 39 runs in 31 balls. 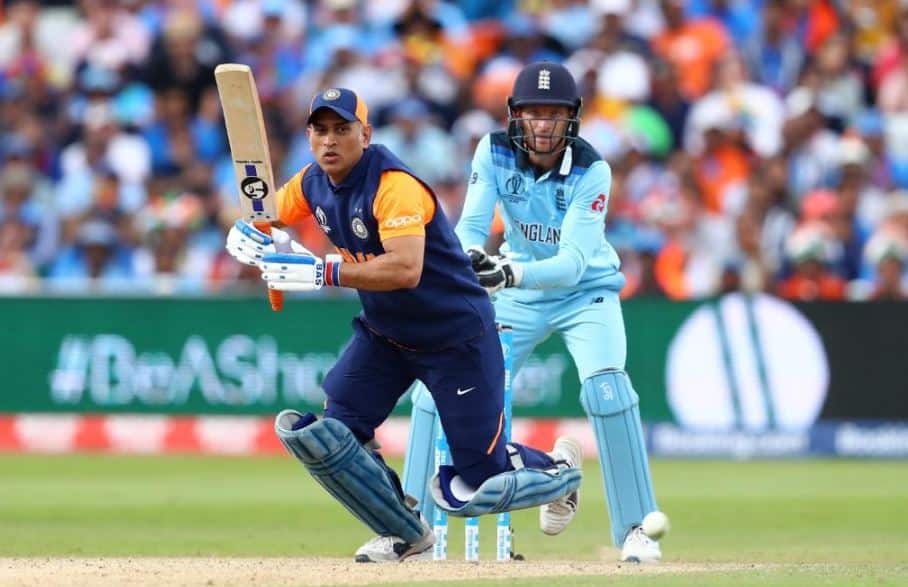 England defeated India by 31 runs in 38th match of ICC Men's World Cup at Edgbaston, Birmingham, on Sunday to return back in top four of the points table. Chasing a mammoth target of 338 runs, the Men In Blue were very much in the game till the dismissal of Hardik Pandya, who returned to the pavilion in the penultimate ball of 45th over after scoring a quickfire 45 off 33 deliveries with four fours. Earlier, Rohit Sharma hit a brilliant century and skipper Virat Kohli scored 66 runs.

Though India were always facing a huge total but the way Dhoni and Kedhar Jadhav batted after Pandya's departure in 45th over has left everyone baffled. Dhoni and Jadhav showed no intent of chasing down the target and they added just 39 runs in 31 balls.

It is surprising to say the least because India are known for fighting till the end and Dhoni is still regarded by many as the best finisher to have played the game of cricket. Dhoni faced 31 balls and hit only 42 runs with four fours and one six. The lone six which Dhoni hit came in the last over at a time when the match was all but over. Jadhav also disappointed with his approach as he scored only 12 runs off 13 deliveries. Jadhav hit just one four and that too in the last over.

The lack of fight shown by Dhoni and Jadhav in the last five overs meant that Rohit's and Pandya's innings went in vain. The duo didn't try at all and this innings will always be remembered for the lack of effort shown by someone of the stature of Dhoni.

Some may argue that Dhoni and Jadhav batted with caution because they knew that there was no established batsman after then but it is still difficult to digest this kind of innings. Any given day, a 315 All out is way better than 300/5. Some may defend Dhoni and Jadhav by saying that the two tried to minimize the NRR by batting cautiously but this is again a lame argument because they could have added more runs by showing some intent of at least trying to hit boundaries. Both the batsmen went into a shell and in the end, it looked like they were just waiting for the match to get over.

The batting display put on by Dhoni and Jadhav in the last five overs has once again exposed the weaknesses of India's middle order and though India are set to book a place in the semi-final, the Men In Blue will definitely have to think over this problem area if they want to repeat their feat of 19823 and 2011.