Chasing an unlikely target of 485 runs for victory on day four, West Indies could only manage 252 in their second innings, handing England a consolation win after winning the series 2-1. 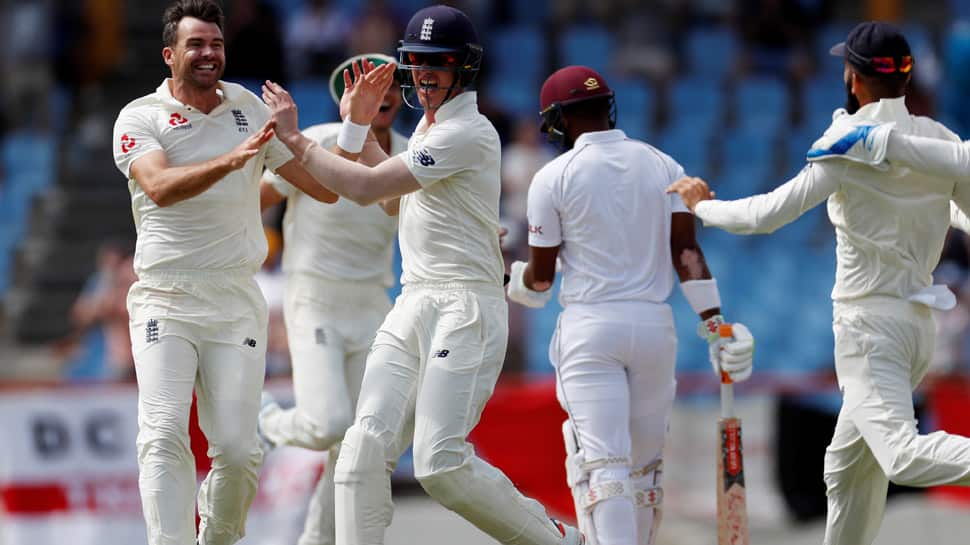 England wrapped up a comprehensive 232-run victory over West Indies in the third Test in St Lucia on Day 4, after Roston Chase made a century but got little help.

Although West Indies had already won the series with victories in the first two Tests, England's win in the finale will provide a boost as they eye a home Ashes series victory against Australia starting in August.

"This week should be a real confidence booster going into a very exciting summer of cricket," England captain Joe Root said at the victory presentation.

Chasing an unlikely target of 485 runs for victory on day four, West Indies made 252 in their second innings.

Chase brought up his century with his team already nine wickets down when he cut part-timer spinner Joe Denly for four.

He was aided by an entertaining 34 by tailender Alzarri Joseph, who slogged three sixes, but runs were otherwise slim for the hosts, who crumbled again after scoring only 154 in their first knock.

"We still have a lot of improvement to make but lots of positives came out of the series," said West Indies captain Jason Holder, who was suspended for the match due to his team's slow over rate in the second Test.

West Indies' top order had no answer to Anderson's movement off the seam, with John Campbell (golden duck), Kraigg Brathwaite (eight) and Darren Bravo (duck), all caught in the slip-gully cordon.

Mark Wood, who picked up five wickets in the first innings, continued his outstanding match when he had Shai Hope (14) caught at cover off a leading edge just before lunch.

Wood was later named Player of the Match.

He said, "It's great to see him come back into the side and put in such a strong performance and now prove how good a player he is."

Anderson finished with 3-27, while spinner Moeen Ali had 3-99 as England won with more than a day to spare.

Denly also did his part, delivering an excellent throw from the outfield to run out Shimron Hetmyer for 19.

Earlier, Root declared his team's second innings immediately upon his dismissal for 122, with the visitors 361 for five. Ben Stokes was unbeaten on 48.

England batted for only 5.2 overs, adding a quick 36 runs to their overnight total.