"It will be good for a young Pakistani and Indian to seek inspiration from the skill sets their heroes posses but it will be better if they seek bigger inspirations from the human beings behind these cricketers," shares Shoaib Akhtar 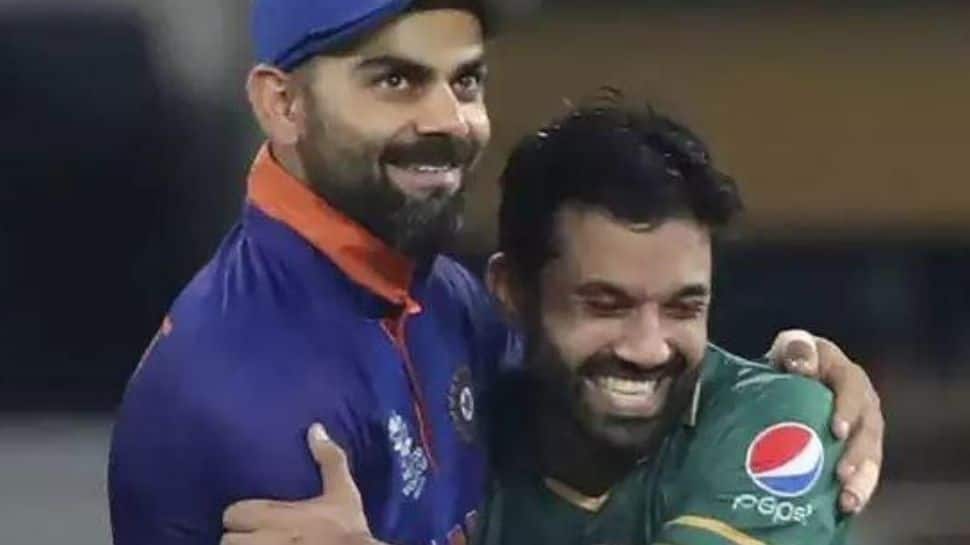 For the cricketer in me, the biggest moment was when Babar Azam hit those winning runs against Mohammad Shami. But for the human in me, the biggest moment was when I saw Virat Kohli whole-heartedly congratulating Babar and Mohammad Rizwan. Or, MS Dhoni engaging with Babar, Imad Wasim and Shoaib Malik after the match got over. It will be good for a young Pakistani and Indian to seek inspiration from the skill sets their heroes posses but it will be better if they seek bigger inspirations from the human beings behind these cricketers.

I am a father to two sons – Mikaeel and Mujaddad. They are at an age where their biggest high is to feel the wind on their tender faces when they join me on afternoon bike rides in Islamabad. They are in their own innocent world. But how long can I keep them insulated from a world where the chest-thumping, optics-driven jingoism is a way of life? Those in control of things want to push down our throats creatively designed hate campaigns so that we consume every ball bowled. It is almost fashionable to have a go at opposition players to invite attention. For me sport is one of the purest forms of human expression. More importantly sport doesn’t need a salesman. It needs visionaries, loyal fans and balanced observers.

I think the primary reason why cricket invites such extreme reactions is that both India and Pakistan are largely one-sport nation. Almost all sporting aspirations get accumulated on a cricket field. Almost all sporting dreams are woven through cricketers. Mood of the nation is decided by the gap between Virat Kohli’s bat and pad; or that millimetre of Shaheen Shah Afridi’s right foot which has safely rested behind the popping crease. These backdrops are dangerous. They are the main reasons why a win delivers overnight heroes and a loss decimates reputations. Look at what is happening to Mohammad Shami. He didn’t have a good day on Sunday which can happen to anyone. But the poor guy is being twisted and tossed around in social media because of his ethnicity!

For our people Sunday’s victory was historic. If we go on to win the tournament, it will work as a balm for a society which has been in pain for different reasons. A title win can bring pure, unbridled joy to our people.

The cricket on display on Sunday was clinical and demeanour absolutely calm. May be it is the Babar Azam effect that there were no theatrics, no over-the-top celebrations. It is easy to get complacent after such an important win. But the players know this win is only a start and not an end. Shaheen Shah Afridi will need to be at the top of the game against New Zealand. Coming from the Khyber region he is a role model for the youngsters. I hope one day we all can proudly say that Shaheen is a better human being than a cricketer.