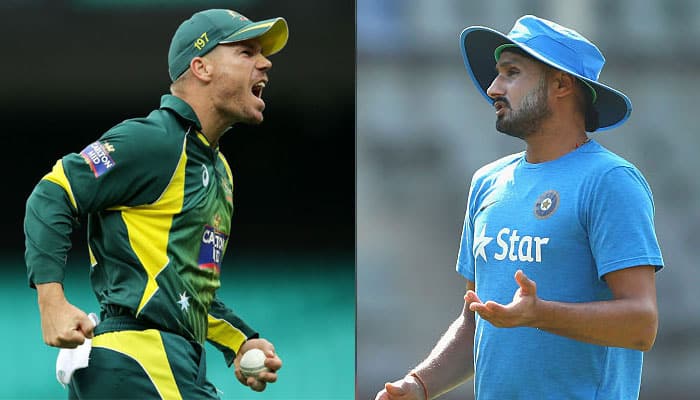 New Delhi: Harbhajan Singh's comments comments of labeling the current Australian team as the worst ever came back to haunt him after Steve Smith's men secured an influential 333-run victory over Virat Kohli and Co. in Pune on Saturday.

Ahead of the series kick-off, Bhajji had predicted India to secure a 3-0 series win, that too if the Aussies play well, else a 4-0 whitewash.

He also said apart from David Warner and Smith, the other Australian batters won`t be able to play the game as they play in Australian conditions.

Calling this Australian side as the worst ever he has seen, the Turbanator added, "I have played against some of the best Australian sides. In my opinion, looking at the composition, this is the weakest Australian side to tour India. I don't think this team has the wherewithal to cope with a quality Indian side in the Indian conditions.

​"That Australian team in the past had so much will and belief. I don`t think this team has the belief to win in these conditions," he said.

Take a bow @stevesmith49 that's an outstanding inn on that pitch actually no pitch..where it looks difficult to play every ball..IndvsAus

"Take a bow @stevesmith49 that's an outstanding inn on that pitch actually no pitch..where it looks difficult to play every ball..IndvsAus," Harbhajan was full of praise for Steve Smith.

The former Indian off-spinner's remarks on the Australian team didn't prevent David Warner from trolling him. The Aussie opener retweeted a article posted by cricket.com.au to take take an indirect dig at Bhajji.

After the visitors had set a world-record fourth innings target of 441 for the hosts to chase, the ICC No. 1 Test side folded after putting just 107 runs on board as Australia secured their first win on Indian soil since 2004.