During a pre-match press conference on Wednesday, India's bowling coach Bharat Arun said that his side is fully aware of the battling challenges emerging from a strong West Indies batting line-up with destructive batsmen like Chris Gayle and Brathwaite, who can score runs quickly. 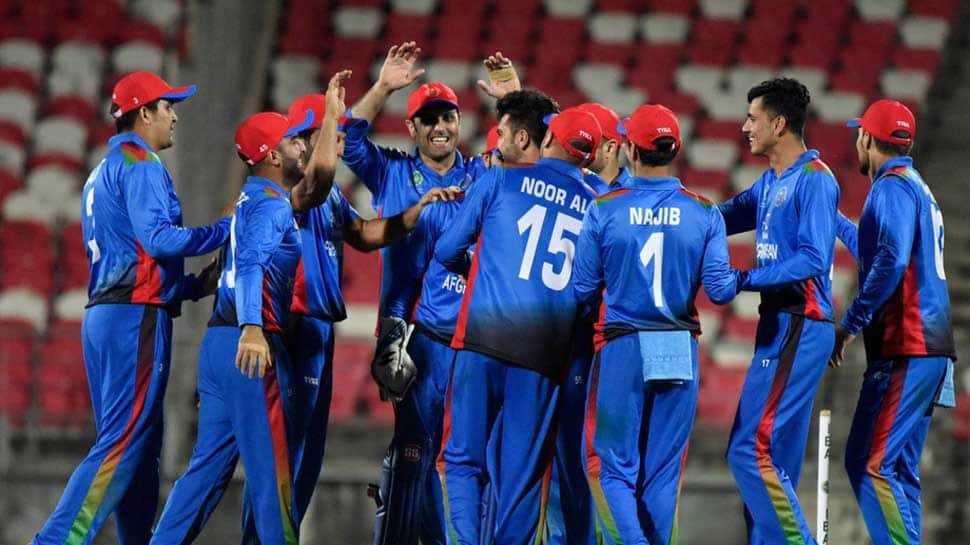 Ahead of two big clashes, a bitter row has erupted over Indian cricket team's new 'orange' jersey which they will wear in their 2019 ICC Cricket World Cup match against England at Edgbaston on June 30. Seeking to downplay the controversy, Team India's bowling coach Bharat Arun said that the India are in great shape and ready to take on West Indies and England in their upcoming matches.

During a pre-match press conference on Wednesday, India's bowling coach said that his side is fully aware of the battling challenges emerging from a strong West Indies batting line-up with destructive batsmen like Chris Gayle and Brathwaite, who can score runs quickly.

Q. Other than the lighter batting against Afghanistan, how do you look at this match to ensure that the batting is in full flow and a big score is possible?

BHARAT ARUN: If you look at our first three games, I think we put up some really big scores. And Afghanistan match, the wicket was a little sticky; it was tricky to bat under those circumstances. But I think it's a question of adapting, understanding these conditions and adapting to that.

Q. The World Cup is dominated by the left-arm fast bowlers. So, typically, how do we prepare ourselves because we don't have one right now? But if you see Mitchell Starc, Behrendorff, Boult or even Cottrell. How will we prepare for bowling and prepare our batsmen for the left-arm fast bowlers in the absence of our own, or even in the practise bowls?

BHARAT ARUN: We have Khalil with us as our net bowler. And also we have a throw-down specialist who is particularly a left-hander. So I think we have enough practise of the left-arm bowling as of now.

Q. Can you just talk about the evolution of Hardik Pandya as an ODI bowler? In 2017, there were some doubts about his ability to bowl 10 overs. Last game we saw, even though he took a hit, bowled a full spell. Kedar was not even used on that side of the pit. Can you talk about what he has added to his arsenal as a bowler in ODI cricket?

Q. Does the fact that England lost yesterday take the pressure off you heading into the rest of the group games?

BHARAT ARUN: Actually we're not thinking of those matches. We're looking ahead and looking at the matches that we're going to play. And we are absolutely focused on the next game.

Q. There was -- a rare kind of a dot-ball percentage of MS Dhoni's innings was quite high in the last match. Is that a matter of concern of the India middle order kind of going into a shell? Going forward how big of a concern is that?

BHARAT ARUN: Not really. I think according to the situation and the condition of the wicket, we were able to successfully defend the total that we put up. And had we probably lost a wicket at that stage, then things would have turned out differently. So I don't think it's too much of a concern for us right now.

Q. If we look at the innings that Kohli played on that same track, it didn't look difficult scoring at more than 100 strike rate, and then MS played that innings, as you said, it's a tricky thing. Like, there's been a few innings like this on and off in the last two years. So does anyone from the team management, does the head coach or the skipper or the coaching staff, do they speak to MS or is it a case where he's played a lot of cricket, he's left to his own devices to plan? Like how does it happen?

Q. You had earlier said that Bhuvneshwar Kumar was the first choice pacer ahead of Shami. Now with Shami coming in and doing well and Bhuvneshwar injured, does that change, or will Bhuvneshwar be the first choice especially because he adds some depth in the batting as well when he gets fit? And how is he now in terms of fitness?

BHARAT ARUN: Bhuvneshwar's injury is not of any great concern. It is just a niggle, which we didn't want to take a chance. And it was also an opportunity for us to plug Shami into the games. But the fact he's done exceptionally well all goes well for us; it's an embarrassment of riches. And we would take a call as per the conditions, but Bhuvi has done exceptionally well, so I think it's a pretty good headache to have.

Q. Just keeping in mind the three matches in the next few days, so like six days or something, what is it that -- what's the message that you're giving your bowlers, the whole bowling group, that other than the workload management what do they need to focus on keep themselves fit for the playoffs if India make that?

BHARAT ARUN: I think here in the World Cup where every match we're playing a different team. So I think for the bowlers to do well, they need to be aware of the batsmen's strength and their shortcomings. So I think what they really focus on, they have enough breaks between the games, and as you rightly said the workloads have also been managed. What they really work on is the mindset and the strength and weaknesses of the opponents.

Q. Across the board both fast bowlers and spinners have done well in this tournament and in the past also. As a bowling coach, how have you managed the spinners and the fast bowlers simultaneously? So if you can throw something, how managing spinners, how difficult or easy or how convenient or comfortable for you?

BHARAT ARUN: Actually, I think if you don the role of a coach, you should be adept with the skill of spin and fast bowling. It's about understanding both that gives you the best chance to manage them. As for the spinners, again, as I answered the earlier question, the more you're aware and the more you understand what you're capable of doing, these two factors would ensure that you have the best platform for you to perform.

So if you ask me how easy or how difficult it is, I don't think so. I think it's about empowerment and the more knowledge he has about himself and of the opponents, that would help any bowler to do well.

BHARAT ARUN: They're an outstanding side and they play real positive cricket. We are aware of the challenges that exist in this game. And I think our plans are pretty much in place and we are up for the challenge.

Q. West Indies obviously has the likes of Chris Gayle and Brathwaite, who can score quickly. Do you have to change your approach at all against a such a positive batting lineup?

BHARAT ARUN: Yes, of course. As I mentioned earlier, they do have their strengths. And also it's a big challenge for the bowlers too -- especially when they come after you. But whenever batsmen come after you, if you're willing to look at it deeply, there is a chance for it -- in it for the bowlers, and I think that's what the bowlers would be looking to do.

Q. There was a time when Shami struggled with his fitness. He even got dropped from the team. What was the kind of conversation that you had with him at that point in time? And how happy you are to see a very much fit Shami?

BHARAT ARUN: It was a pretty long conversation. I can't really bring that to the table here. But, yes, Shami was in a totally different mindset. And we had to -- the head coach, me, all of us had to sit down and speak to him and kind of draw a future map for him and had to convince him regarding that. And he was going through certain personal problems as well at that point in time.

So beyond all that, I think what has really got him into the situation that he is is his ability to play cricket and that's exactly what we made him focus on. And I think the rest is there for everybody to see.

Q. After the match yesterday, England -- England Captain Morgan said that the pitch level to be slower, and -- for the rest of the tournament and probably likely, too. He didn't say that, but (indiscernible) your bowlers. What's your analyses on that?

BHARAT ARUN: As I said earlier, it's how soon you are aware of the conditions and you adapt yourself to the conditions. I think slower pitches or even faster ones, our bowlers have the skill to counter that. And how soon we read the pitch is going to be the key.

Q. It's a needless controversy back home, but politicians are questioning the colour that India will be wearing versus England, which is orange, relating it to the current government colour that is their saffronisation. What do you want to say to those politicians who are actually not supporting Team India but questioning the colour they'll be wearing versus England?

BHARAT ARUN: To be very honest we are not even aware of what colours we're going to be wearing. So we have not given any thought to that. And all our focus is on the match tomorrow.

Q. To take the question only forward you are not bothered –

Q. Does colour matter to the team at all? That's my question? Any colour for that matter?

BHARAT ARUN: We bleed blue, right. Blue is going to be predominantly the colour and that's it.