So far, nothing seems to work well for South Africa as pacer Dale Steyn has been ruled out due to injury while Lungi Ngidi is also unfit for the game on Monday. 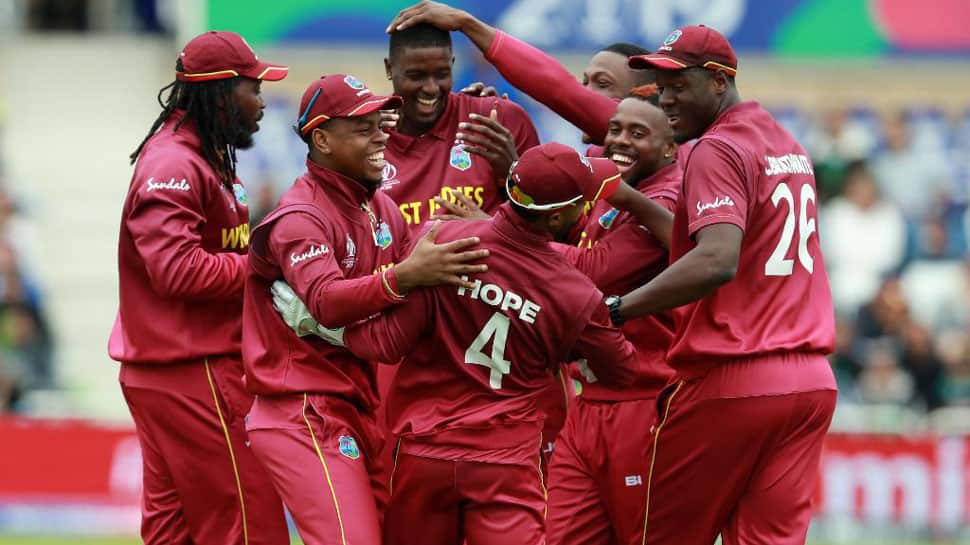 After three consecutive defeats, South Africa will eye their first win of the ongoing ICC Cricket World Cup 2019 when they face West Indies at the Hampshire Bowl, on Monday. After a below par show so far, the Proteas desperately need a win to stay in contention for a spot in the semi-finals.

West Indies, on the other hand, look slightly better after a win and a loss from their two games. The Jason Holder-led Carribean side kicked-off their campaign on a convincing note with an impressive seven-wicket win over Pakistan before suffering a narrow 15 run loss to Australia.

The Proteas lost their all three encounters against England, Bangladesh and India. The performance of the pacers in their six-wicket loss to India must be heartening for skipper Faf du Plessis and the team management, but it's the batsmen who need to step up against a good looking West Indies pace attack.

So far, nothing seems to work well for South Africa as pacer Dale Steyn has been ruled out due to injury while Lungi Ngidi is also unfit for the game on Monday.

South Africa have plenty to discuss about their inconsistent performances with the bat and their openers - Quinton de Kock and Hashim Amla will have to surely fire against the Windies. However, their middle order looks decent and the lower order has also chipped in with runs. The Proteas now need to play fearless and attacking cricket.

Meanwhile, the Windies will look to rise up from their narrow defeat to Australia, a game which was under their control.

Their aggressive opening bowling in the first two matches has impressed everyone. If they ensure the same again, it could be another threat for the Proteas as their openers have failed to fire. It was poor shot selection by the Carribean batsmen in their run-chase against Australia, which cost them the match.

However, having won their opening fixture and pushing closer to victory against Australia, they will be the favourites in Monday's game. South Africa, however, have a 4-2 advantage over West Indies in World Cup games.