During the clash, Gill broke Indian skipper Virat Kohli's 10-year-old record to become the youngest captain to guide a side to the final of the Deodhar Trophy. 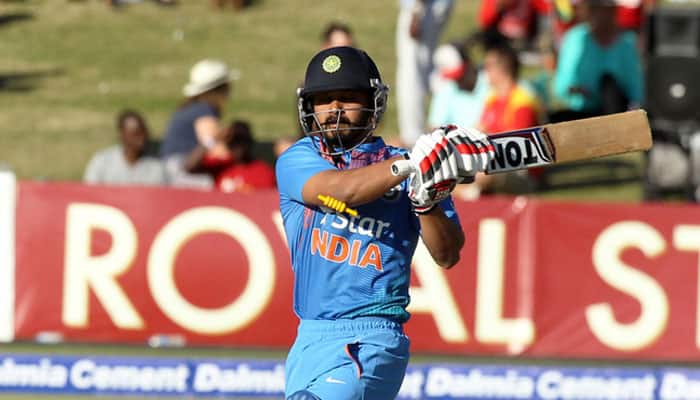 All-rounder Kedar Jadhav smashed a blistering knock of 86 runs before the bowlers came to the fore as India B registered a comfortable 51-run win over India C in the final of the 47th Deodhar Trophy at the JSCA International Stadium in Ranchi on Monday.

Opting to bat first, all-rounder Kedar Jadhav notched up a 94-ball 86, including four boudaries and four sixes, while Yashasvi Jaiswal well-supported him with a crucial 54-run knock off 79 balls.

Subsequently, Vijay Shankar (45 off 33 balls) and Krishnappa Gowtham (unbeaten 35 off 10 balls) also made some significant contributions with the bat while batting lower down the order as India B posted a score of 283/7.

Pacer Ishan Porel was the pick of the bowlers for India C as he finished with the brilliant figures of five for 43 in his 10 overs. Jalaj Saxena and Axar Patel also chipped in with a wicket each.

In reply, captain and opener Shubhman Gill failed to click with the bat as he was caught for just one run by Yashasvi Jaiswal on a Mohammed Siraj delivery.

Gill's opening partner Mayank Agarwal too failed to convert his good start into a big score and was dismissed for 28.

Subsequently, Priyam Garg kept the scoreboard ticking for India C by scoring a crucial knock of  74 off 77 balls while the wickets at the other end kept tumbling at regular intervals.

Though Axar Patel (49 balls 38) and Jalaj Saxena (67 balls 37) provided some resistance while batting at the lower order, the India B bowlers managed to restrict India C to 232 for nine in their stipulated 20 overs.

During the clash, Gill broke Indian skipper Virat Kohli's 10-year-old record to become the youngest captain to guide a side to the final of the Deodhar Trophy.