With India's fate now in hands of Afghanistan, Indian cricket fans are praying for a miraculous win for the neighbours against New Zealand. 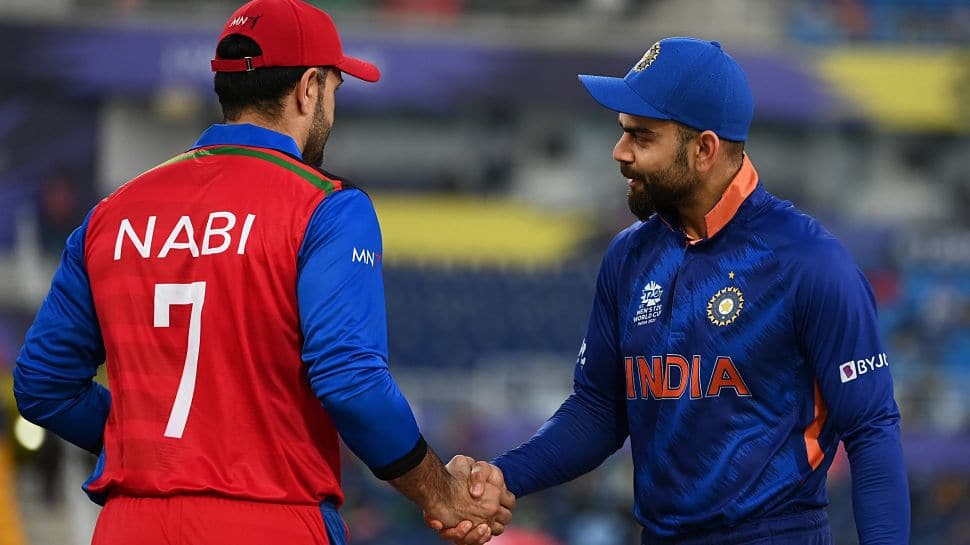 With India's fate now in hands of Afghanistan, Indian cricket fans are praying for a miraculous win for the neighbours against New Zealand.

The scenario for India to qualify for T20 World Cup semi-finals is: They need to beat Namibya on 8 November but before that Afghanistan must beat New Zealand on 7 November.

Indian fans have done their maths and are now praying for Afghanistan to beat Black Caps so that India stays afloat in the tournament. If New Zealand win on Sunday, they will get qualified for the semi-finals and India, Afghanistan will be knocked out.

This was clearly and honestly told by Ravindra Jadeja who said in the post-match press conference after win over Scotland that they will have no other option but pack their bags and return home of Afghanistan lose to New Zealand.

R Ashwin joked about how the Indian management is willing to send a physiotherapist to help injured Afghanistan spinner Mujeeb Ur Rahman recover in time.

Not to forget, Wasim Jaffer shared a funny meme to explain India's scenario.

Current situation _: India and AUS not only need to win but need AFG and ENG to win too for certain/easier passage. #T20WorldCup pic.twitter.com/6K6x0q7ogs

Indians hoping for Afghanistan to win the match against New Zealand:#AfgvsNZ pic.twitter.com/PvW2MnjPSb