Hyderabad (SRH) displayed another good performance as they beat Kolkata (KKR) by five wickets to register their third successive win and maintain their top position in the 2018 IPL standings on Saturday. 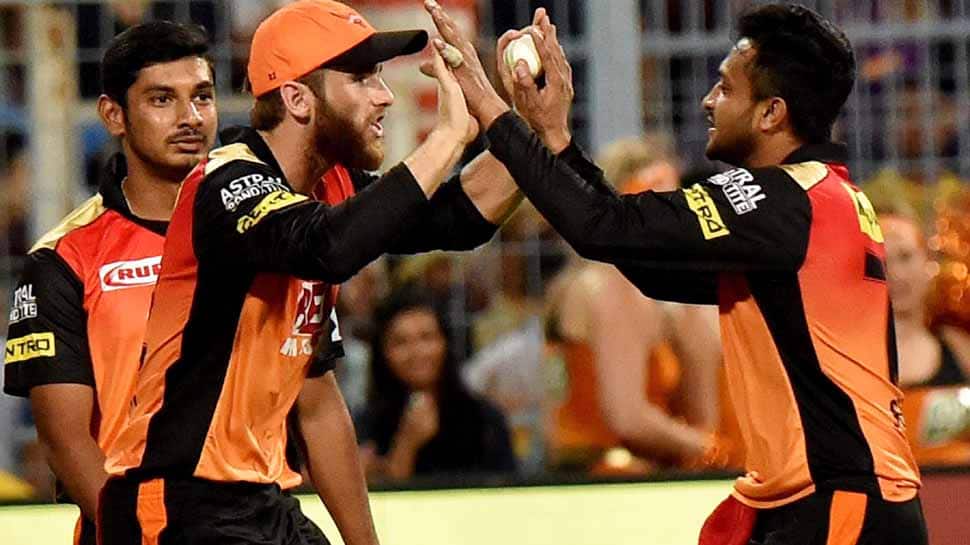 Hyderabad (SRH) displayed another good performance as they beat Kolkata (KKR) by five wickets to register their third successive win and maintain their top position in the 2018 IPL standings on Saturday.

It was KKR's second successive defeat in the league and they went down to fourth position. Here is how all eight teams are placed in the table after Matchday 8.

Chasing 139 to win at the Eden Gardens in the second match on Saturday, SRH, riding on captain Kane Williamson's 50 off 44 balls, didn't face much trouble and got over the line off the last ball of the 19th over. The visitors' chase looked in bad shape briefly after spinners Sunil Narine and Kuldeep Yadav had combined to reduce them to 55/3 in the ninth over.

However, Bangladeshi allrounder Shakib Al Hasan joined Williamson and both added 55 runs to dissipate any doubts SRH fans might have had. Shakib (27 off 21 balls) and Williamson departed in quick succession but by then they had done their job and  Yusuf Pathan (17* off 7 balls) launched Andre Russell into the stands to hand his former employers their second successive defeat.

Meanwhile, in the first match of the day, Delhi registered their first win in three matches as they beat Mumbai by seven wickets off the last ball of the match. England's Jason Roy scored 91 not out off 53 balls (6x6s, 6x4s) to play a pivotal role in Delhi's win at the Wankhede Stadium in Mumbai.

Rishabh Pant made a 25-ball 47 and his second-wicket 69-run partnership went a long way towards taking Gautam Gambhir's men over the line. DD moved up to sixth position after their win, while Mumbai found themselves at the bottom of the table after their third successive defeat.