The 40-strong Australian contingent, except for a COVID-positive Mike Hussey, left for Maldives on Thursday to serve out the waiting period before they can board a flight to Australia once the travel restrictions end on May 15. 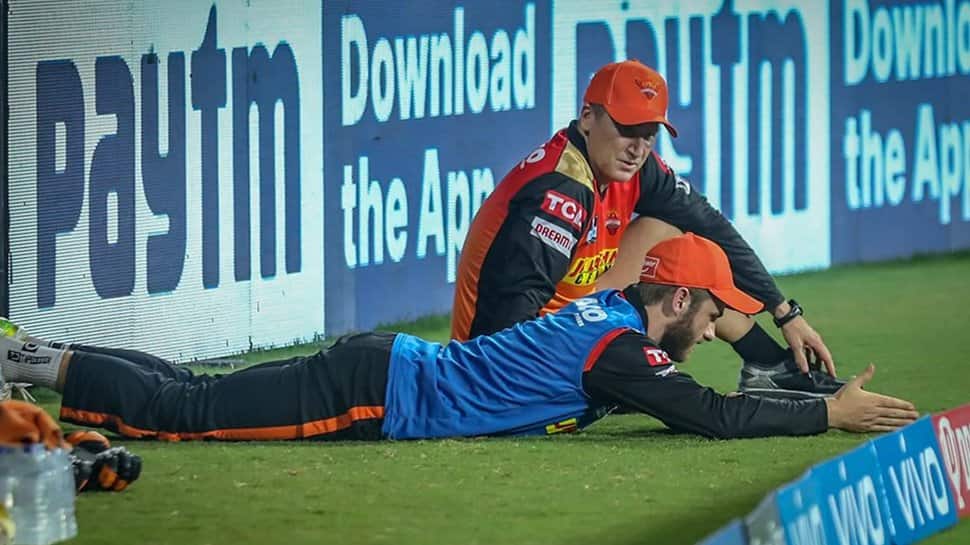 New Delhi: The Australians flew off to Maldives, the South Africans headed home and the ones from New Zealand waited to be sent back on Friday as the suspended IPL's foreign cricketers bid adieu to India, hoping that the country recovers from the mayhem unleashed by a second wave of COVID-19 cases.

The 40-strong Australian contingent, except for a COVID-positive Mike Hussey, left for Maldives on Thursday to serve out the waiting period before they can board a flight to Australia once the travel restrictions end on May 15.

"We can confirm that Australian players, coaches, match officials and commentators have been safely transported from India and are en route to the Maldives," Cricket Australia stated in a press release. "The Australians will remain in Maldives until the conclusion of the travel pause pertaining to flights from India to Australia," it added.

The IPL was suspended on Tuesday after four players and two coaching staff members from three different teams tested positive for COVID-19 inside the bio-bubble.

Of the 40 Australians involved in the league after three early pullouts, 14 were players, including mega-stars such as David Warner, Pat Cummins, and Steve Smith among others.

The 11 South Africans in the league boarded flights for Johannesburg as their country has not imposed any restrictions on travel from India, which recorded more than 4 lakh COVID-19 cases on Thursday and close to 4,000 deaths.

"My constant prayers is with the people from India to get through this. Pls Take care of yourselves," Proteas star Faf du Plessis, who turned up Chennai Super Kings, posted on Instagram.

Hussey, the batting coach of Chennai Super Kings, was brought to Chennai from Delhi in an air ambulance and will be in a quarantine there to recover from the infection.

"Mike is experiencing mild symptoms and is in the care of his franchise Chennai Super Kings," Cricket Australia (CA) stated.

The body thanked the BCCI for its assistance in ensuring that players were able to leave India within two days of the league's suspension owing to COVID-19 cases inside its bio-bubble.

"CA and the ACA extend their sincere thanks to the BCCI for their responsiveness in moving the Australians from India to the Maldives...," the statement read.

On the wait-list were the Black Caps. Four members of their Test contingent, including captain Kane Williamson, will head for the United Kingdom on May 11 while the rest will make their way back home on Friday, the country's cricket board announced.

New Zealand are scheduled to play hosts England in a two-match Test series, beginning on June 2, before facing India in the World Test Championships final at Southampton from June 18.

"We've worked closely with the BCCI and the IPL franchises on the various departure strategies and we're very appreciative of their support during what is, clearly, a very challenging time," New Zealand Cricket (NZC) chief executive David White said in a statement on Thursday.

Williamson, pacer Kyle Jamieson and spinner Mitchell Santner, as well as physio Tommy Simsek, will remain in a mini-bubble in New Delhi before departing for the UK, ahead of preparations for the Test series against England, and the WTC final against India.

There were 17 New Zealanders involved in the IPL, including 10 players. NZC said May 11 is the earliest date it could obtain for the team's arrival in the UK.

However, pace spearhead Trent Boult will return home briefly to see his family before joining the Test squad in early June, for the second match against England and the WTC final.

"...Boult will leave MIQ (Managed Isolation and Quarantine) on May 22 and will spend a week at home with his family, training at Mt Maunganui before departing for the UK in early June," NZC stated.