Kieron Pollard achieved the feat while playing for Mumbai Indians in their IPL 2021 encounter against Punjab Kings at the Sheikh Zayed Stadium. 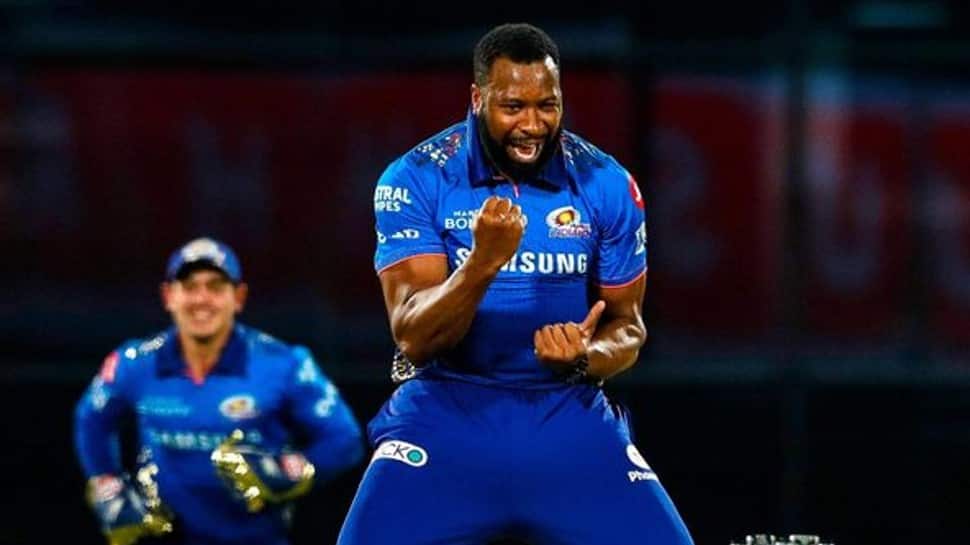 Kieron Pollard on Tuesday (September 28) added another feather to his illustrious cap as he became the first player in T20 cricket history to aggregate 10,000 runs and 300 wickets. The West Indian all-rounder achieved this feat while playing for Mumbai Indians in their Indian Premier League (IPL 2021) encounter against Punjab Kings at the Sheikh Zayed Stadium.

Pollard who was bowling the 7th over of the innings, removed his compatriot Chris Gayle for the 299th T20 wicket. Later in the same over he achieved the 300 wickets mark in T20 after he dismissed PBKS captain KL Rahul. Rahul walked back after scoring 21 runs while Gayle returned on one.

Talking about the match, Mumbai Indians put up a clinical show with the ball to restrict Punjab Kings to 135/6 in 20 overs. For Mumbai, Jasprit Bumrah and Kieron Pollard took two wickets each while Krunal Pandya and Rahul Chahar had one scalp each.

Electing to bowl first, Krunal had his first wicket of the match and in the UAE leg of the tournament by trapping Mandeep Singh lbw in the final over of power-play. Singh tried to move across to sweep but missed the delivery, which looked to hit the stumps.

Punjab lost their second wicket on the second ball after power-play with Chris Gayle holing out to long-on off Kieron Pollard, who claimed his 300th victim in IPL. Punjab's troubles increased as captain KL Rahul followed Gayle to the pavilion in the same over, miscuing a pull to short fine leg.

Aiden Markram and Deepak Hooda led the fightback for Punjab, adding 61 runs for the fifth wicket. Markram was the more strokefui of the two, crunching delightful boundaries through off-side.

He took a liking to Trent Boult in the 15th over, driving and punching through cover on consecutive deliveries before Hooda sliced him over backward point. Boult gave Hooda a reprieve on 25, spilling a tough caught and bowled chance on the final ball of the over.

Rahul Chahar ended the partnership in the 16th over when Markram tried to sweep and rattled his off-stump. After Markram's dismissal, Mumbai kept Punjab on a tight leash by drying the boundaries in a display of immaculate death bowling.

The strategy worked as Hooda tried to break the boundary-less streak and holed out to long-off off Bumrah in the 19th over, ensuring that Punjab were restricted to a below-par total.