Mystery spinner Varun Chakravarthy once again underlined his stock in the Indian Premier League (IPL) as he was bagged by Kolkata Knight Riders (KKR) for Rs 4 crore during the 13th auction here on Thursday. 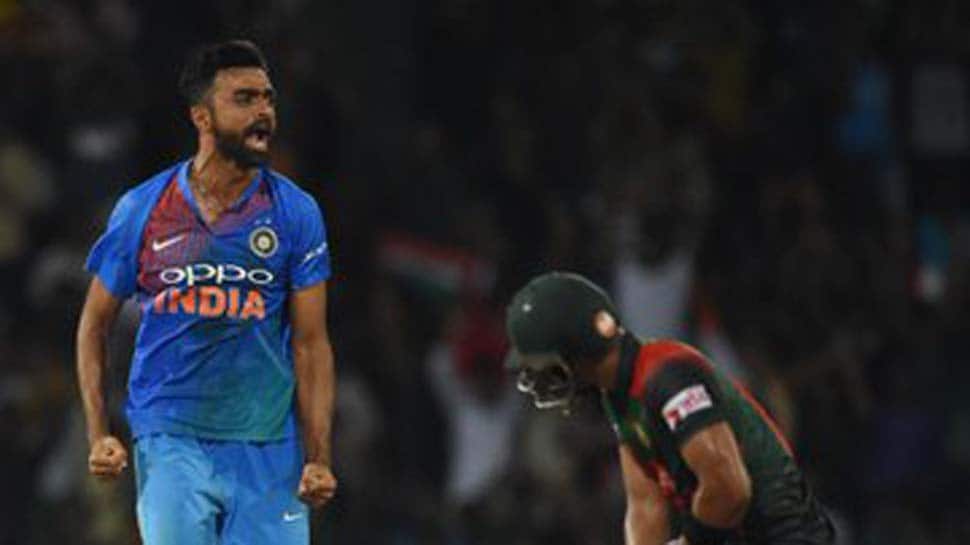 Kolkata: Mystery spinner Varun Chakravarthy once again underlined his stock in the Indian Premier League (IPL) as he was bagged by Kolkata Knight Riders (KKR) for Rs 4 crore during the 13th auction here on Thursday.

Chakravarthy, who was sold to Kings XI Punjab for Rs 8.4 crore last season, became the second most expensive Indian so far after Piyush Chawla who was roped in for a whopping Rs6.75 crore by Chennai Super Kings (CSK). He had a base price of 30 lakh.

India U-19 captain Priyam Garg, with a base price of 20 lakh, went to Sunrisers Hyderabad for 1.9 crore as the franchise also snapped up Virat Singh for the same price.

Yashasvi Jaiswal, the youngest batsman ever to script a double ton in List A cricket, went to Rajasthan Royals for Rs 2.40 crore.

Promising leg-spinner Ravi Bishnoi was also roped in by Kings XI for Rs2 crore as the Anil Kumble coached side looked to shore up their arsenal with the maximum purse (Rs 42.70 crore) at their disposal.

With almost all players set to go back into the pool for the 2021 season, Thursday`s auction was supposed to be more about investing in youth and buying uncapped Indian players if some of the tacticians involved with the eight franchises are to be believed.

Speaking to IANS, a member of one of the IPL-winning franchises said that it is more about bagging players who can be groomed over the next couple of seasons rather than spending on big names for just a season.

"See, as a franchise we feel that this auction is about investing in the youth and not so much about spending on the stars available. After all, you never know what rules and regulations the IPL Governing Council will put for the gala auction in 2021. At present, it is a safer bet to go for someone like a Priyam Garg who can be groomed over the next few years and turned into a talent like say Mumbai Indians` Jasprit Bumrah," the official said.