Kolkata Knight Riders CEO Venky Mysore on Wednesday cleared the air about the injury concerns of Chris Lynn and Andre Russell, saying that the two foreign players are expected to be available for the side's Indian Premier League opener against Royal Challengers Bangalore on April 8. 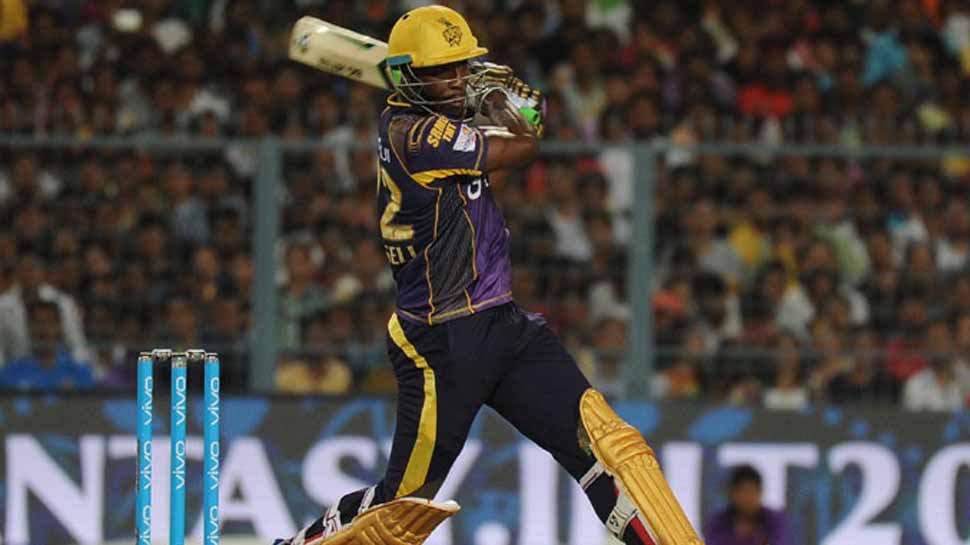 Kolkata: Kolkata Knight Riders CEO Venky Mysore on Wednesday cleared the air about the injury concerns of Chris Lynn and Andre Russell, saying that the two foreign players are expected to be available for the side's Indian Premier League opener against Royal Challengers Bangalore on April 8.

"We are expecting Lynn and Russell to play on April 8. They will join the camp," Mysore said on the sidelines of Sourav Ganguly's Kolkata leg book launch of 'A Century Is Not Enough'.

Australian Lynn was suffering from a shoulder injury that had ruled him out of the Pakistan Super League, while West Indian hard-hitting all-rounder Russell has pulled a hamstring during a PSL match.

Mysore further gave an update on Mitchell Starc's fitness as the Australian speedster has a sore calf.

"I think Starc's report was not necessarily very accurate. He is absolutely fine. It's a bit unfortunate with the injuries. All the reports we are getting, they are making very good progress. Fingers crossed."

"That was a strange one. But he is fine. He has played international cricket, he has played two-three series and there is absolutely no issue. He has put it behind him already."

He also spoke of team captain Dinesh Karthik in glowing terms, who recently scored an 8-ball 29* to help India to the Nidahas T20 tri-series trophy.

"In eight balls, he has made us look like geniuses. But we were convinced even before that, that he is absolutely the right choice for us because he brings in a lot of freshness, a lot of experience. He is a class player. With a wicketkeeper, batsman and captain you get three in one there," said Mysore.

"His calmness struck me. I have spent a lot of time with him recently, and when he came in to bat he seemed like he was confident he was going to win it. It bodes well for us also. I was very happy when DK did what he did to win the game for India."

Asked to compare Karthik with MS Dhoni, Mysore said: "He is a very different type of player. I always admire the fact that DK has the flexibility to play in any situation. MS has been a legend, a power-hitter, he hits those helicopter shots.

"DK has got his shots like reverse sweep, lap shot and the ability to clear the field. There's no panic of any sorts. There's something unique."

KKR veteran Robin Uthappa will be Karthik's deputy and Mysore said: "He (Uthappa) has been there with us for so many years. There's a lot of good combination of continuity and change for us."