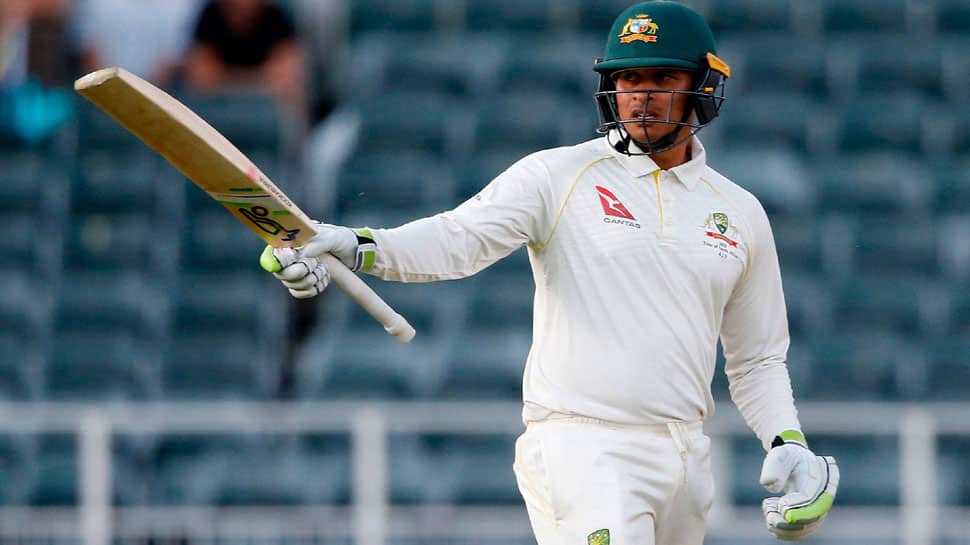 Usman Khawaja found his scoring touch and fast bowler Mitchell Starc returned to his fiery best as Australia moved within sight of victory in the second Test against Sri Lanka at the Manuka Oval on Sunday.

After Australia, on course for a first series win since beating England early last year, set the tourists an improbable 516 for victory openers Dimuth Karunaratne and Lahiru Thirimanne survived some nervy moments to take Sri Lanka to 17 before bad light ended the third day`s play early.

Australia, who won the opening Test in Brisbane by an innings and 40 runs, did not get off to a great start in their second innings as they lost Marcus Harris, Joe Burns and Marnus Labuschagne cheaply.

But Khawaja and first-innings centurion Travis Head combined for a stand of 159 as Australia declared their second innings closed on 196-3.

The left-hander enjoyed the moment, having scored only one fifty in the home summer. He remained unbeaten on 101 while Head made 59 not out.

Earlier, Starc, who got the wicket of Sri Lanka captain Dinesh Chandimal on day two, bowled with pace and aggression to pick up the first two to fall on Sunday, then returned after lunch to polish off the tail and finish with figures of 5-54.

After opening batsman Karunaratne was forced to retire hurt on the second day after being hit by a Pat Cummins bouncer on the back of his neck, it was Perera`s turn to leave the field on the third morning.

He retired hurt on 29 after a blow to his helmet by fast bowler Jhye Richardson while trying to duck under a short delivery. He took the impact flush on the side of his helmet with the neck protector flying off.
The left-hander continued batting after twice being attended to by the team doctor but finally walked off an over later.

Karunaratne returned to the crease after Perera`s departure and completed a gritty half-century before edging Starc to Kurtis Patterson at gully to be out for 59.

Starc took 15 wickets in five Tests during the India series and the opener against Sri Lanka but faced heavy criticism for some wayward bowling that prompted calls for Paine to take the new ball off his hands.

The tall left-arm quick was back at his fiery best on Sunday, however, and tested the batsmen with short-pitched deliveries, one of which accounted for Dhananjaya de Silva.

The batsman lost his balance while going for a pull shot and ended up dislodging a bail with his bat to be out for 25. Starc dismissed Dilruwan Perera and Vishwa Fernando in his first over after lunch to complete his first five-wicket haul.