Oshane Thomas will be first name I'd pencil in on England tour: Andy Roberts

The international cricket is all set to resume with the three-match Test series between England and West Indies from July 8. 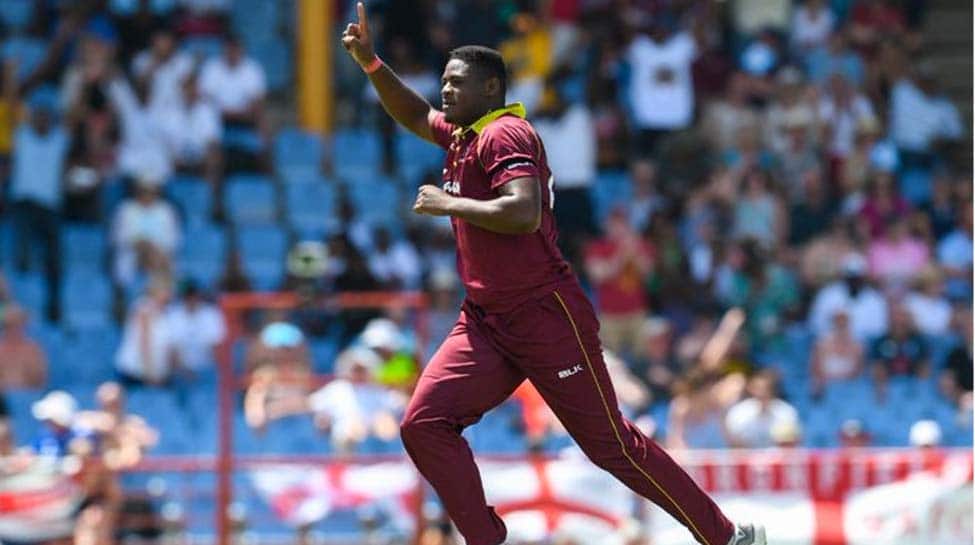 Former West Indies pacer Andy Roberts has stated that speedster Oshane Thomas will be the very first name he would 'pencil' in for the national squad for the upcoming three-match Test series against England.

Three months after the game was suspended due to COVID-19 pandemic, the international cricket is all set to resume with the three-match Test series between England and West Indies from July 8.

Speaking about the series on Michael Holding's Youtube channel, Roberts said that Thomas has the required pace and the team wants the player like him who could create uneasiness amongst batsmen.

"Oshane Thomas would probably be the first name I would pencil on this tour because he has what others want: he has pace.And you should always have somebody like that on your team so that he can create uneasiness amongst batsmen," ESPNcricinfo quoted Roberts as saying.

Earlier, Holding had also revealed that he was surprised to not see Thomas in the initial Test squad of 14 players despite the pacer gaining prominence as one of the fastest bowlers in the previous year.

Thomas, on the other hand, had also expressed desire to make his Test debut for West Indies as he believes 'greats' are recognised in this format.

Meanwhile, Roberts also said that he feels young pair of Alzarri Joseph and Chemar Holder can went on to become the 'backbone' of West Indies' fast-bowling attack within the next five-six years.

""If you have a 95 mph ball in your armoury, that is a weapon. And you need to use [that] sparingly. You need to have the batsman just guessing: when is this faster ball going to come? Then there is young Chemar Holder. I saw a bit of him and I think he, to me, along with Alzarri will be the backbone of West Indies fast bowling within the next five or six years. I'm hoping that I don't talk too soon. But you need to have two genuine fast bowlers who can bowl in pairs," he said.

Notably, all these three pacer were included in the West Indies' enlarged squad of 25 players that travelled to United Kingdo.While Joseph and Holder are part of the 14-man primary squad, Thomas has been named among 11 reserves.