PAK vs NZ: New Zealand team to fly out of Pakistan on Saturday in a chartered flight after abandoning tour, confirms PCB

Pakistan Cricket Board CEO Wasim Khan confirmed that a chartered flight will be coming on Saturday to take the New Zealand team. 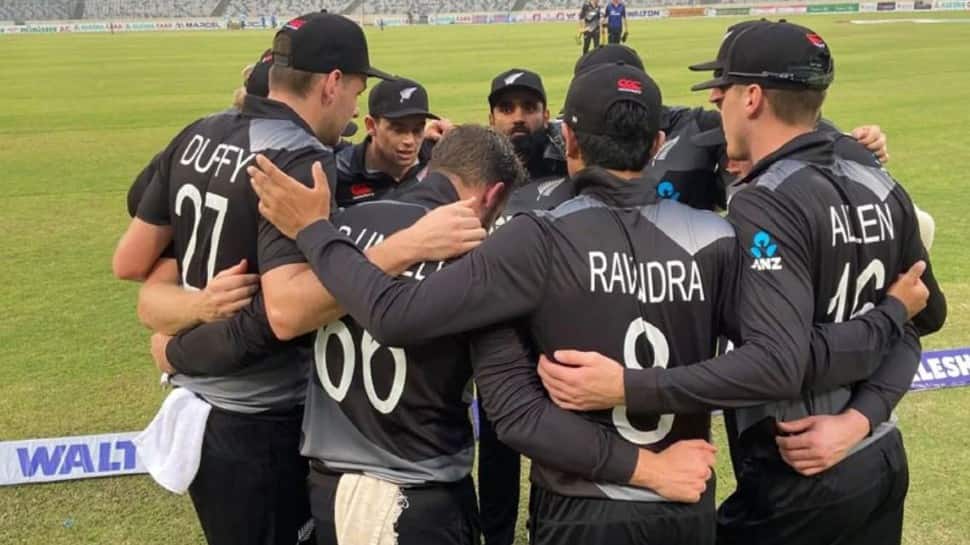 The New Zealand team will fly out of Pakistan in a chartered flight on Saturday, even as the cricket community is fuming over the sudden and unilateral decision of the visitors to abandon the tour due to a security threat.

Pakistan Cricket Board CEO Wasim Khan confirmed that a chartered flight will be coming on Saturday to take the New Zealand team.

"It is a very sad thing that has happened today," Khan said.

The cricketing world and Pakistanis were left shocked on Friday after just minutes before the start of the first One-Day International between the two teams at the Pindi Stadium, New Zealand Cricket CEO David White announced that they were calling their team back after receiving advice of a serious security threat.

But PCB Chairman, Ramiz Raja and Federal Interior Minister Sheikh Rasheed both said that the New Zealand board had not shared the security threat report with them.

Not surprisingly, Pakistan's cricket community was fuming and some former stalwarts, including Shoaib Akhtar and Ramiz Raja, waded into New Zealand for causing untold harm to Pakistan cricket.

Crazy day it has been! Feel so sorry for the fans and our players. Walking out of the tour by taking a unilateral approach on a security threat is very frustrating. Especially when it’s not shared!! Which world is NZ living in??NZ will hear us at ICC.

The Pakistan government and security officials are understandably upset at Friday’s development as besides 4000 policemen, commandos of the Pakistan Army’s Special Services Group (SSG) were also deployed for the matches in Rawalpindi.

The interior minister said at a press conference that they had even tried to convince New Zealand to play the match without spectators.

“But they did not agree to it,” he disclosed.

New Zealand Prime Minister Jacinda Ardern, however, said in a statement that nothing was paramount than the safety of players.

She said she could understand the disappointment in Pakistan but the security threat was such that it could not be ignored.

Meanwhile, England men’s and women’s teams are now due to tour Pakistan in October. However, ECB is now mulling whether to send their cricketers to the country for their upcoming tour and their spokesperson confirmed that the cricket body will announce their decision in the next 24-48 hours.

"We’re aware of New Zealand’s decision to pull out of the Pakistan tour due to a security alert. We are liaising with our security team who are on the ground in Pakistan to fully understand the situation."

"The ECB Board will then decide in the next 24-48 hours whether our planned tour should proceed," the spokesperson was quoted as saying in multiple news reports.