The Ethics Officer sent notices to the three on Saturday and has asked them to reply by October 10 after MPCA life member Sanjeev Gupta alleged that the trio is conflicted as per the Lodha Panel's proposal of one man, one post. 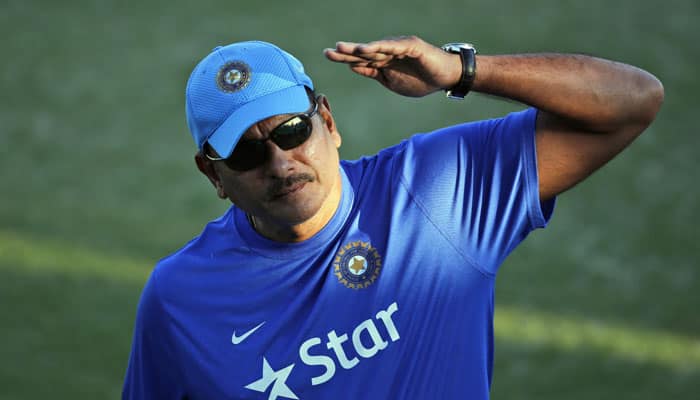 New Delhi: In a major twist, Team India head coach Ravi Shastri's position (appointed till the 2021 World T20 in India) could come under the scanner and he will need to be re-appointed at the post if the Board of Control for Cricket in India (BCCI) Ethics Officer D.K. Jain finds the Cricket Advisory Committee (CAC) comprising of Kapil Dev, Anshuman Gaekwad and Shantha Rangaswamy guilty of conflict.

The Ethics Officer sent notices to the three on Saturday and has asked them to reply by October 10 after MPCA life member Sanjeev Gupta alleged that the trio is conflicted as per the Lodha Panel's proposal of one man, one post.

Speaking to IANS, a board functionary said that Shastri would unnecessarily have to face the embarrassment of undergoing the process of appointment again if Jain finds the CAC members to have conflict of interest.

"The appointment of Shastri as the head coach will obviously have to be done once again if the committee members who appointed him are found to have conflict of interest. A new committee will then have to be formed and the whole process has to be re-opened and re-done keeping the newly registered BCCI constitution in mind as the constitution now clearly says that only a CAC can appoint the head coach of the Indian team," the functionary explained.

The functionary further said that the same could also hold true for W.V. Raman — women's team coach — as his appointment was also sent to Jain for the latter's opinion after the Committee of Administrators (CoA) was divided on the trio of Dev, Gaekwad and Rangaswamy forming an ad-hoc committee to pick him as the coach.

"One needs to see what Jain's verdict is in the Raman matter because in that case also, the same trio as ad-hoc CAC had appointed him as coach even as the two-member CoA was divided. Back then, it was a 1:1 verdict with Vinod Rai agreeing to the trio appointing the coach and Diana Edulji making it clear that there was no place for an ad-hoc CAC in the BCCI constitution that was reworked as per the proposals of the Lodha Panel," the functionary said.

Interestingly, Diana had opposed the idea of giving the trio the go-ahead to pick the coach not just ahead of Raman's appointment, but also before Shastri's re-appointment and had said that the Ethics Officer should be asked to give them a clean chit against any conflict before they are handed the job.

But while the decision was split 1:1 in Raman's case and the appointment went ahead, it was 2:1 in case of appointing the men's team coach as Ravi Thodge had joined the CoA.