Both Tremlett and Tendulkar are playing in the ongoing Road Safety World Series 2021 in Raipur. 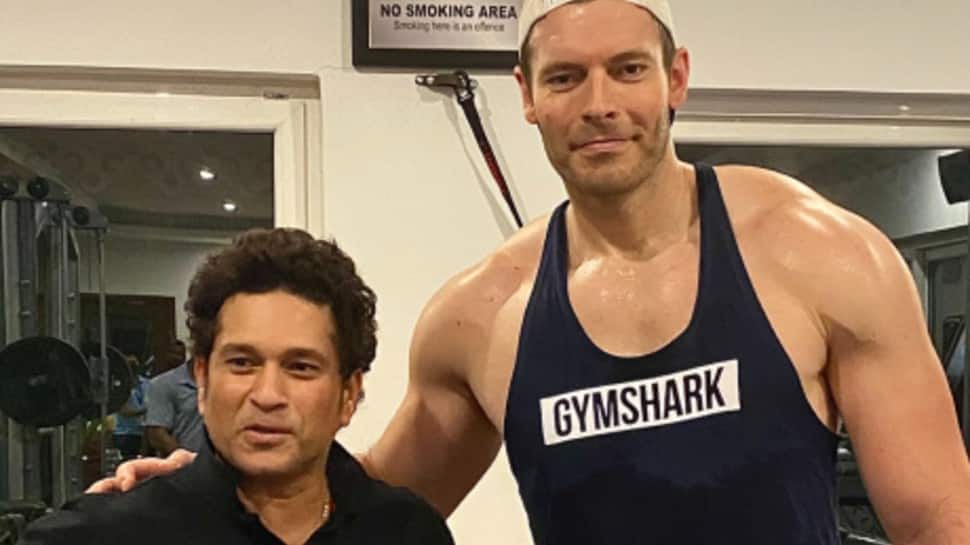 England Legends pacer Chris Tremlett, who is famous among fans for his well-built physique especially after his retirement from the game, on Wednesday praised India Legends captain Sachin Tendulkar's fitness after the two players caught up at the gym. Both Tremlett and Tendulkar are representing their respective sides in the ongoing Road Safety World Series 2021 in Raipur.

Tremlett took to Twitter to appreciate the Master Blaster’s fitness at the age of 47. The former England pacer shared his picture with Tendulkar along with the caption, “If I can look as good as this guy at his age i’ll be a very happy man.”

If I can look as good as this guy at his age i’ll be a very happy man @sachin_rt pic.twitter.com/6iZQ625zZG

Notably, Tendulkar took retirement from international cricket in 2013, while the 39-year-old Tremlett played his last match for England that same year.

Former England quick Chris Tremlett has undergone an incredible transformation since retiring from cricket. The 39-year-old, who played 12 Tests for England before retiring in 2015 due to back issues, has added 20 kilos of muscle to his already imposing 200cm (6ft 7) frame.

Interestingly, Tremlett is one of the tallest individuals to have played international cricket, but unfortunately for him, he could play just 12 Tests, 15 ODIs and one T20I for the national side before he was sidelined due to injuries and a stretch of inconsistent performances.

The former England pacer moved from Hampshire to Surrey in the English County but his career never elevated the way he would’ve wanted. He last played a professional game in 2015 for Surrey. After that, he’s been busy making himself a bodybuilder and has been spending a lot of time in the gym.