The 'Rawalpindi Express' had also termed the 32-year-old as a "brainless captain" following Pakistan's defeat to India in the Round-Robin stage of the World Cup. 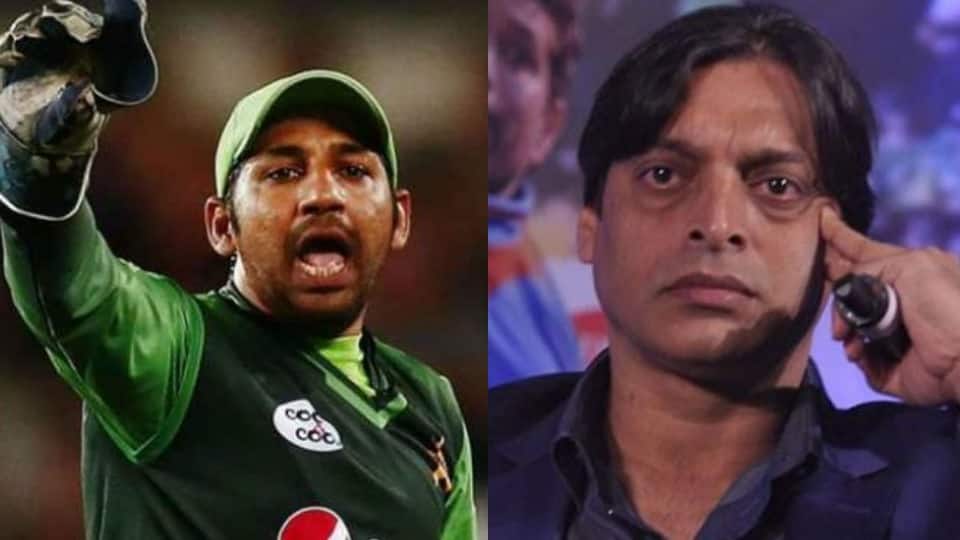 Shoaib Akhtar has insisted that he has been telling Sarfaraz Ahmed to pull up his socks since last two years and therefore no one else is responsible for the sacking of the wicket-keeper batsman as Pakistan skipper in Tests and T20Is.

"I saw it coming for Sarfaraz. Nobody else is to be blamed but him. Been telling him for two years to pull up his socks," Akhtar tweeted on Friday.

Besides being stripped off captaincy, Sarfaraz has also been dropped for the upcoming tour of Australia, where Pakistan will play three T20Is and two Tests. His axing was on the cards after the team's home series defeat to a depleted Sri Lanka in T20Is.

Speaking on his YouTube channel, Akhtar said, "The situation which has occurred is due to his own fault. It was not someone else's fault."

"I also want to tell you that they will not even keep him in the team. I can guarantee that right now. They will not give him a chance in the team," he added.

"Since the last two years, we have been looking, where his positive mindset and aggressive batting went. He could not get out of the influence of Mickey Arthur and was unable to make any decision. He was also unable to make selections. I feel he was a timid captain," he said.

Following Pakistan's dismal performance in the 2019 World Cup in the UK where they couldn't make it to final four, Akhtar had said Sarfaraz should be kept in the team for his wicket-keeping and batting skills and not as a captain in any of the three formats.

The 'Rawalpindi Express' had also termed the 32-year-old as a "brainless captain" following Pakistan's defeat to India in the Round-Robin stage of the World Cup.

Wish you were BCCI chief when Yo-Yo was in demand: Yuvraj Singh to Sourav Ganguly