While the new ODI captain will be finalised in due course, decision on vice-captaincy across the three formats will be made closer to the series. 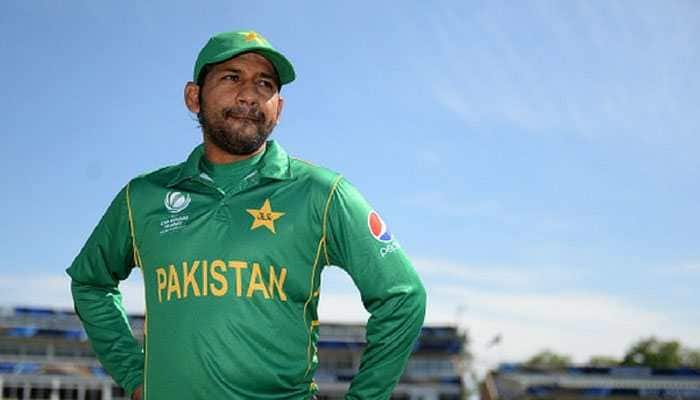 In the wake of Pakistan's dip in form in the recent times, wicketkeeper-batsman Sarfaraz Ahmed has been sacked as the captain of the national team with immediate effect, the Pakistan Cricket Board (PCB) has confirmed.

As a result, Azhar Ali has been asked to lead the Pakistan men's cricket team in the longest format of the game for the side's World Test Championship matches in the 2019-20 season, while Babar Azam will take over the charge of the top-ranked T20I side until next year’s International Cricket Council (ICC) T20 World Cup Australia 2020.

Congratulating Azhar and Babar on their elevation to the prestigious roles, PCB chairman Ehsan Mani said that the duo has been rewarded for their hardwork in strive for excellence.

“I want to congratulate Azhar Ali and Babar Azam on their elevations to the most coveted and prestigious jobs in cricket. It is a reward for their continued hard work in strive for excellence and I am sure they, like their predecessors, will make the country proud with their performance, leadership and sportsmanship," the PCB quoted Mani as saying.

“It has been a difficult decision to drop Sarfaraz Ahmed, who has performed well as a player and a leader. But, his loss in form and confidence is visible and, in the best interest of the team, it has been decided to leave him out and provide him the opportunity to reflect and regroup himself and try to reclaim his form away from international cricket," he added.

Sarfraz's axing came following Pakistan's unexpected 0-3 loss in the home T20I series against Sri Lanka. It is to be noted that Pakistan also made a fifth-place finish in the 2019 World Cup group stage after winning five out of nine matches they played in England.

“Sarfaraz Ahmed’s contributions are second to none and being the gutsy cricketer and fighter that we all know he is, I have no doubts he will be back in Pakistan colours at some stage," Mani said.

Azhar Ali has been a mainstay of Pakistan’s batting line-up since making his debut against Australia at Lord’s in 2010. The 34-year-old is regarded as Misbah-ul-Haq and Younis Khan’s prodigy and has scored 5,669 runs with 15 centuries and 31 half-centuries in 73 Tests.

In the ongoing four-day first-class Quaid-e-Azam Trophy, Azhar is the second most successful batsman with 388 runs in four matches as his side Central Punjab leads the field with two wins.

Babar Azam, on the other hand, has notched up 1,290 runs in 33 matches he played for Pakistan in the shortest format of the game.

Seventh-ranked Pakistan are scheduled to take on fifth-ranked Australia in two-match Test series from November 21 in Brisbane before hosting Sri Lanka and Bangladesh for two Tests apiece.

Meanwhile, Pakistan are also slated to take on Australia in three T20Is, beginning November 3 at the Sydney Cricket Ground.

While the new ODI captain will be finalised in due course, decision on vice-captaincy across the three formats will be made closer to the series.