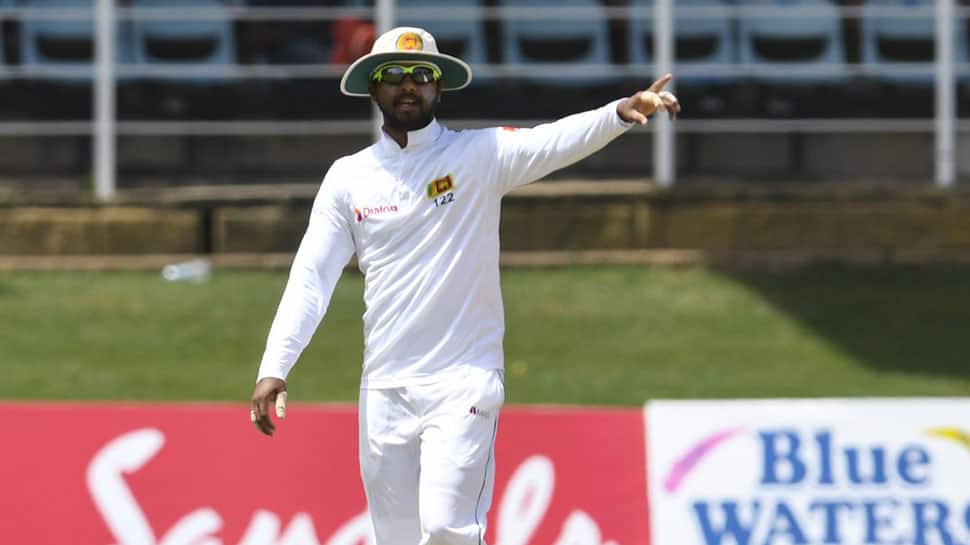 Sri Lanka captain Dinesh Chandimal does not expect disconcerting bounce at the Manuka Oval and hopes that the surface will suit their game as the depleted tourists aim to level the two match Test series against Australia in the final match set to begin from Friday.

The picturesque ground in Australia's capital has hosted nine one-day internationals in the past and is known to be a high-scoring ground.

"There's not much grass on the wicket," the 29-year-old said on Thursday.

He added, "We practised on the side nets and there was not much bounce. It's really low and coming really fast at you. It's similar to Sri Lankan pitches and definitely there will be turn after the second day's play."

The lack of bounce should come as a welcome news for the sub-continent side, who lost the opening match by an innings and 40 runs inside three days in the day-night Test in Brisbane at the Gabba, famed as one of Australia's bounciest pitches.

Australian fast bowler Pat Cummins, took 10 wickets in the match as Sri Lanka were all out for 144 and 139 in their two innings.

"The first game was different, played with a pink ball. When you come to Canberra, it's less bounce than the Gabba and similar to our conditions," Chandimal said.

"But at the same time as a batting unit we need to step up and if we can put a good total on the board, we can put pressure on them. That's what we want to do as a team," he added.

Sri Lanka lost all-rounder Angelo Mathews and paceman Nuwan Pradeep through injuries even before the first test and their bid to level the series has been jolted with fast bowlers Lahiru Kumara and Dushmantha Chameera also being ruled out.

The team called up 22-year-old paceman Chamika Karunaratne, but their pace attack has already been robbed of much of its firepower.

The tourists also faced off-field issues ahead of the second test after coach Chandika Hathurusingha was dropped from the selection panel while batting coach Jon Lewis left for home to attend a family matter.

Sri Lanka said that they have appointed `A` team coach Avishka Gunawardena as batting coach until the return of Lewis.

"We know our XI. Injuries are our main concern. It's tough, we couldn't get the best XI because of the injuries but we have finalised our playing XI," Chandimal said.

"It's always tough as players with so many things happening but, we don't want to be concerned with all that. We want to control what we can control.

"We know what we have to do as a team, we all know how tough it is playing against Australia. I'm sure boys will compete against Australia in this game and we hope to finish well," Chandimal concluded.