Fans were quick to take to Twitter to troll Babar Azam-led Pakistan after they were knocked out of the tournament by Australia in the semi-finals of the T20 World Cup 2021 on Thursday. 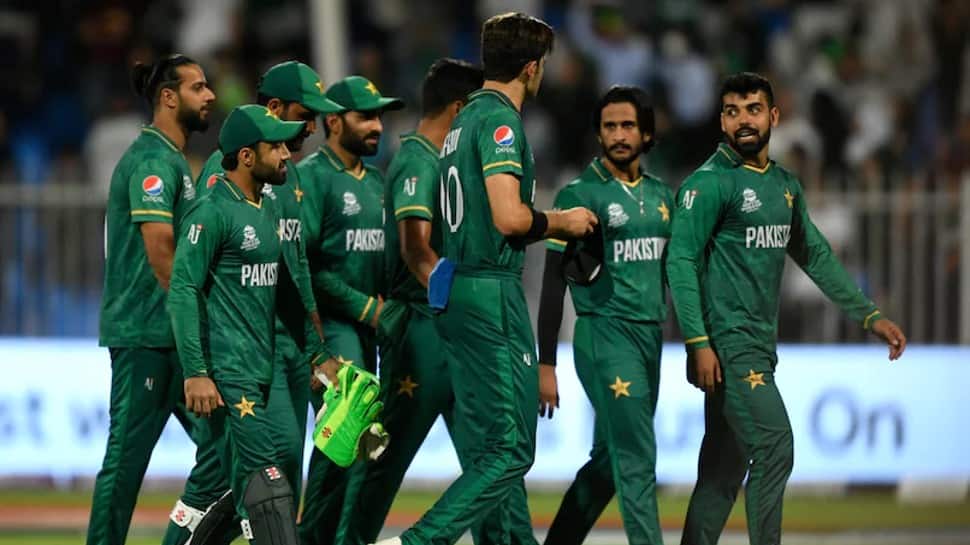 Marcus Stoinis and Matthew Wade played unbeaten knocks of 40 and 41 respectively as Australia defeated Pakistan by five wickets to enter the final of the ongoing ICC Men's T20 World Cup at Dubai International Stadium on Thursday.

Australia will now lock horns against New Zealand in the summit clash on Sunday at the Dubai International Stadium.

Meanwhile, fans were quick to take to Twitter to troll the Babar Azam-led side after they were knocked out of the tournament. Check hilarious reactions here:

Chasing 177, Australia got off to the worst start possible as skipper Aaron Finch (0) was sent back to the pavilion by Shaheen Shah Afridi on just the third ball of the innings. However, David Warner and Mitchell Marsh did not let the momentum drop and the score read 52/1 after the end of the sixth over.

Pakistan stormed right back into the match as Shadab Khan dismissed Marsh (28), and this brought Steve Smith to the middle. In his next over, Shadab dismissed Smith (5). At the halfway mark, Australia was at 89/3, still needing 88 runs to win from 60 balls.

Shadab continued to be the match-winner for Pakistan and he got the biggest wicket possible as he sent the set batter Warner (49) back in the hut in the 11th over. Reverse and switch hits are the go-to shot for Glenn Maxwell, but this proved his downfall in this match, and Shadab bagged his fourth wicket, to reduce Australia to 96/5 in the 13th over.

In the last five overs, Australia needed 62 runs to win. Matthew Wade and Marcus Stoinis kept on registering boundaries and in the last two overs, Aaron Finch's side needed 22 to win. In the second last over, Hasan Ali dropped a simple catch of Wade, and it came to bite Pakistan, as Australia registered a win by five wickets.

Earlier, Mohammad Rizwan and Fakhar Zaman played knocks of 67 and 55 as Pakistan scored 176/4. Asked to bat first, Pakistan got off to a steady start as openers Babar Azam and Rizwan put on 47 runs inside the first six overs. Both batters put on 71 for the first wicket, and this partnership was finally broken by Adam Zampa in the 10th over.

Babar (39) looked to break the shackles by scoring a six, but he only managed to hand a simple catch to David Warner. Fakhar Zaman joined Rizwan in the middle and the duo did not let the momentum drop for Pakistan. The duo registered boundaries at regular intervals and after 15 overs, Pakistan's score read 117/1. Rizwan and Zaman went all guns blazing and heading into the final three overs, Pakistan had nine wickets in hand.

Rizwan (67) was sent back to the pavilion by Mitchell Starc in the 18th over and this brought the big-hitting Asif Ali in the middle. In the final three overs, Pakistan managed to add 33 more runs to take their total past the 170-run mark.