India captain Virat Kohli said: "Luckily, it's not broken. When I got hit I thought it was worse than what it turned out to be. But it's not broken so I should be good for the first Test." 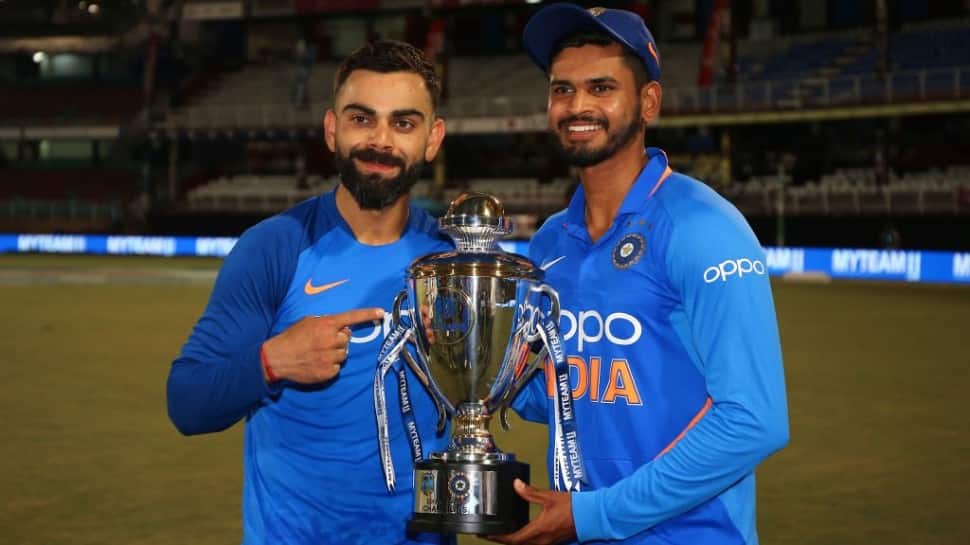 Port of Spain: India captain Virat Kohli has said that he did not suffer from a fracture after he was hit on the thumb during India' victory in the third ODI against the West Indies. In the 27th over of India's run chase of 255 on Wednesday, Kohli was hit on the right thumb by a Kemar Roach bouncer. The 30-year-old was seen in pain but after being attended to by the physio, he continued batting to lead the Men in Blue to a series-clinching six-wicket win at the Queen's Park Oval.

At the post-match presentation ceremony, Kohli who was adjudged the Player of the Match for his unbeaten 114, said he "should be good" to play in the first Test of the two-match series starting on August 22. "I don't think it's a fracture otherwise I wouldn't have continued (batting). It's just a split of the nail," Kohli said

Further at the post-match press conference, the India skipper said: "Luckily, it's not broken. When I got hit I thought it was worse than what it turned out to be. But it's not broken so I should be good for the first Test."

On the way to his 43rd One Day International century, Kohli created yet another world record as he became the first batsman to score 20,000 international runs in 10 years. On Wednesday, Kohli scored his second consecutive century to help India beat West Indies by six wickets in the third and final ODI of the three-match rubber.

The 30-year-old played an unbeaten knock of 114 to help India chase down the revised target of 255 (DLS method), thereby clinching the series 2-0. Chasing the stiff revised target on Duckworth-Lewis method on Wednesday, Kohli was ably supported by Shreyas Iyer to guide India to a comfortable win.

Earlier in the day, Chris Gayle smashed 72 runs to help Windies post a competitive 240/7 in the rain-curtailed match after they elected to bat.

Chris Gayle takes a U-turn on retirement, says he is playing 'until further notice'