Kohli who scored his 53rd ODI half-century during the course of the innings has now accumulated 11159 runs in 232 ODI matches for India. 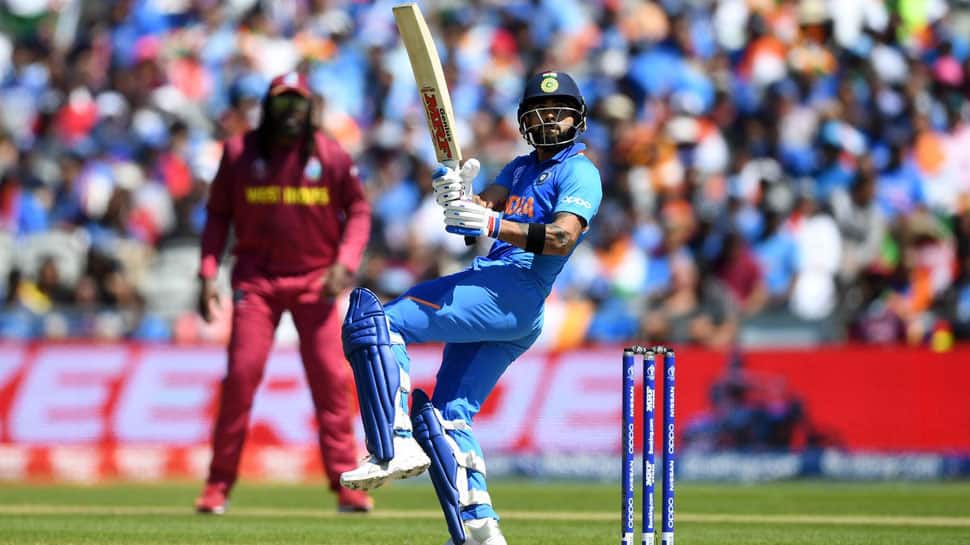 Team India continue to remain unbeaten in the ICC Cricket World Cup 2019 after emerging victorious by a margin of 125 runs against West Indies in match 34 of the tournament at Old Trafford, Manchester on Thursday.

Team India skipper Virat Kohli won the toss and opted to bat. The Men in Blue lost opener Rohit Sharma for just 18 runs off 23 deliveries within the first six overs which is when Kohli stepped up and made his presence felt.

The 30-year-old scored 72 runs off 82 deliveries in an innings comprising of eight boundaries which helped lead India to a total of 268 runs for the loss of seven wickets in 50 overs. The cricketer helped steady the Indian innings despite the cheap dismissals of Vijay Shankar and Kedar Jadhav, stitching partnerships with opener KL Rahul and veteran MS Dhoni.

In turn, the West Indies were bowled out for 143 runs in 34.2 overs after being reduced to 98/5 in 23.5 overs following a fine performance by the Indian bowling attack led by Mohammed Shami.

Kohli who scored his 53rd ODI half-century during the course of the innings has now accumulated 11159 runs in 232 ODI matches for India.