Kohli has been on the receiving end of the Australian fans in the Test series Down Under recently, prompting even one of their own legends, Ricky Ponting, to express his disappointment. 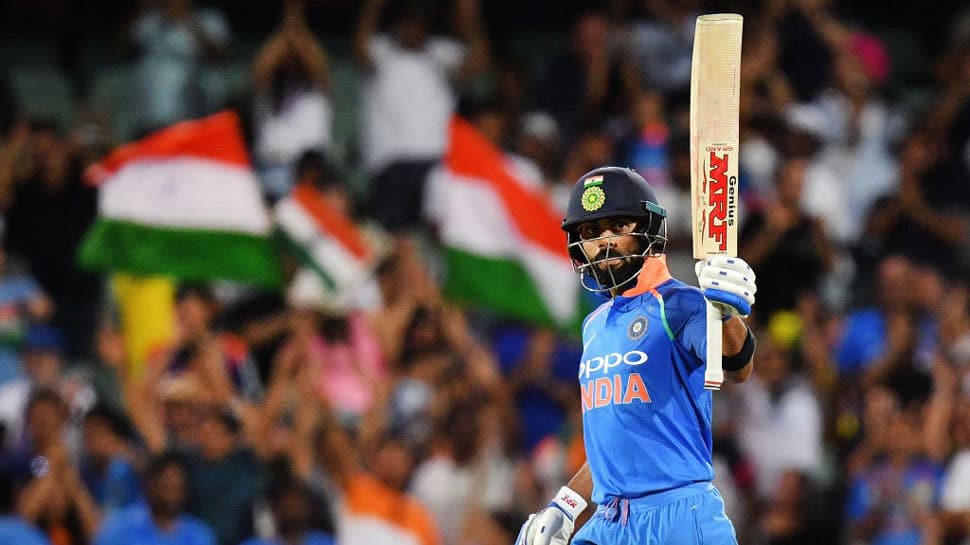 He remains as combative as ever but Indian captain Virat Kohli says he doesn't "feed off" booing anymore, channelising his energy and focus on the "greater responsibility" of leading the country's cricket team.

Kohli has been on the receiving end of the Australian fans in the Test series Down Under recently, prompting even one of their own legends, Ricky Ponting, to express his disappointment.

On the eve of the first ODI of the five-match series against New Zealand, there was a question for him on booing.

"Well that used to happen in the middle phase of my career. It all started in 2014-15 series (in Australia). So I used to feed off those things then as I needed to boost myself up but now being the captain of the team, I really don't need to focus on those things," Kohli said.

He has just led India to a maiden Test and bilateral ODI series triumphs in Australia.

"I have a greater responsibility which I understand as it's an honour to play for the country. I necessarily don't need the crowd to be on my side or against my side as I have to go out there and do my responsibilities whether there are 1 person or 50,000 people inside the ground, I will have to do my job.

"That's the mindset that I have been in in the last two or three years. All these things are not what I think about when I go out there to bat," the India skipper said.

The ODIs in New Zealand will be followed by three T20 Internationals, and Kohli was looking forward to the new challenge.

"New Zealand is always great place to cricket. They enjoy and play quality cricket. They support good sportsmanship and good cricket. I think from that point of view I really enjoyed being here and how the crowd reacts to me or as a team is not what we think about as a side. We purely have to do our responsibilities on the field," Kohli signed off.