Easter falls on the first Sunday following the Paschal Full Moon, the full moon on or after 21 March, taken to be the date of the vernal equinox (when the Sun passes over the Equator towards the north). 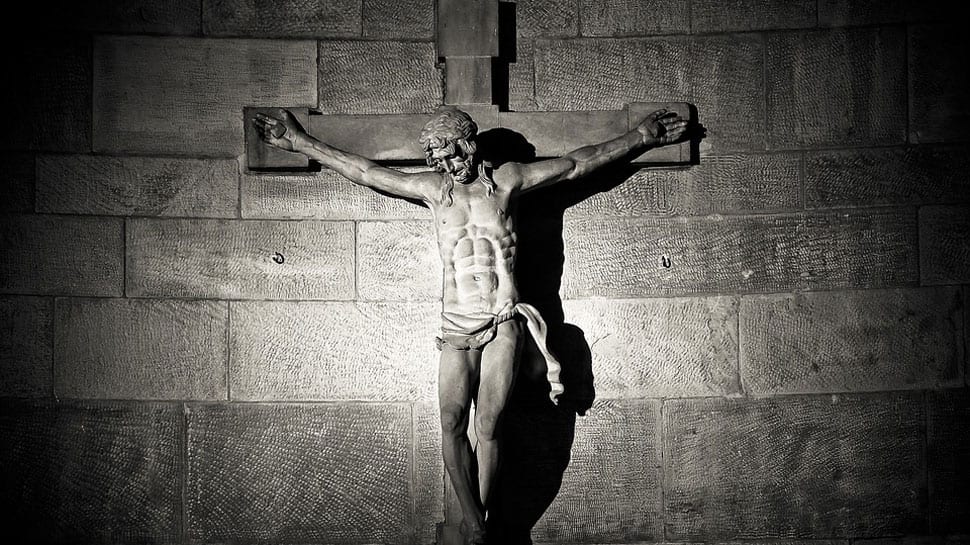 “And behold, the curtain of the temple was torn in two, from top to bottom; and the earth shook, and the rocks were split; the tombs also were opened, and many bodies of the saints who had fallen asleep were raised, and coming out of the tombs after his resurrection they went into the holy city and appeared too many.

When the centurion and those who were with him, keeping watch over Jesus, saw the earthquake and what happened, they were filled with awe and said “Truly this was the Son’ of God!” [Matthew 27:51-54]

And since then, the day has been marked as ‘Good Friday’ among the adherents of Christianity, commemorating the crucifixion of Jesus and his death at ‘Golgotha’ (Hebrew) also called `Calvary` in Latin which means the place of skull.

Good Friday falls on Friday before Easter Sunday and does not fall on a fixed date in the Gregorian or Julian calendars. Easter falls on the first Sunday following the Paschal Full Moon, the full moon on or after 21 March, taken to be the date of the vernal equinox (when the Sun passes over the Equator towards the north).

Why is Good Friday called so?

Good Friday is also called Holy Friday, Black Friday, or Great Friday. The origin of the term ‘Good’ is not clear. Some people say that the term originates from German word "Gute Freitag”, which means holy or good Friday. The second possibility is "God`s Friday," where the word "good" was used to replace the word "God," which was often viewed as too holy for commoners to speak.

Whatever may be its origin, Good Friday, despite being associated with the suffering of Christ on the cross, is called “Good” because Christ sacrificed his life to redeem humanity from its sins.

The holiness of the day is quoted in First Peter 3:18 as:

“For Christ died for sins once for all, the righteous for the unrighteous, to bring you to God. He was put to death in the body but made alive by the Spirit.”

Jesus was arrested in the Garden of Gethsemane by the Temple Guards through the guidance of his disciple, Judas Iscariot, who was paid 30 pieces of silver (Matthew 26:14-16) for betraying the Lord. Jesus was then led to Caiaphas, the high priest. The chief priest and the council sought false testimony against Jesus so that they may put him to death. Jesus was thereafter taken to Pilate, the Governor.

The Governor was supposed to free one prisoner during the Passover feast. According to the gospels of Matthew (27:15-26), Mark (15:6-15), and Luke (23:13–25), the crowd chose Barabbas to be released and Jesus to be crucified. Pilate, even though in favour of releasing Jesus, adhered to the demand of the multitudes as he saw that a riot could have otherwise begun. Pilate took some water, washed his hand and said: “I am innocent of the man’s blood; see to it yourself”.

Then he released Barabbas and having scourged Jesus, delivered him to be crucified. (Matthew 27:24-26).

“Jesus suffers on the cross for six hours. During his last 3 hours on the cross, from noon to 3 pm, there is darkness over the whole land. With a loud cry, Jesus gives up his spirit. There is an earthquake, tombs break open, and the curtain in the Temple is torn from top to bottom.” (Matthew 27:45-54).

Jesus` body was later placed in a tomb by Joseph of Arimathea. On the third day, Sunday, which is now known as Easter Sunday (or Pascha), Jesus rose from the grave.

Good Friday services are much the same as they have been for centuries. Christians generally fast on Good Friday. The churches are usually kept unlit. All pictures, statues and the cross are draped in black. The dark draperies are removed before the sunrise on Easter Sunday (Resurrection Sunday). Since services on this day are to observe Jesus’ death, there is traditionally no Holy Communion observed on Good Friday. The Bible readings are related to the arrest, trial, crucifixion, suffering, death, and burial of Jesus Christ. The Three Hours Service, held from noon to 3:00 pm, involves a series of hymns, prayers, and sermons focused upon Jesus` seven last sayings on the Cross which were as follows:

Some churches use the Stations of the Cross (also called the Via Crucis or Way of the Cross) as part of the Good Friday Service. This service uses paintings or banners to depict various scenes of Jesus’ journey, carrying His cross from the Hall of Pilate, where he was condemned to death to the site of his execution on Golgotha.

The 14 Stations of Cross are:

2. The cross is laid upon him;

4. He meets His Blessed Mother;

5. Simon of Cyrene is made to bear the cross;

6. Christ`s face is wiped by Veronica;

8. He meets the women of Jerusalem;

10. He is stripped of His garments;

13. His body is taken down from the cross; and

Good Friday is not merely about fasting and mourning for Jesus Christ, instead, it teaches us to follow the path of the Lord and emerge triumphant from failure and suffering.