Rath Yatra 2019: Know the importance of touching the chariot rope during the festival

The festival holds prime importance in the Eastern side of the country where Rath Yatra is the most revered celebration time. Lakhs of devotees throng Puri, just to catch a glimpse of their favourite Lord riding the chariot. 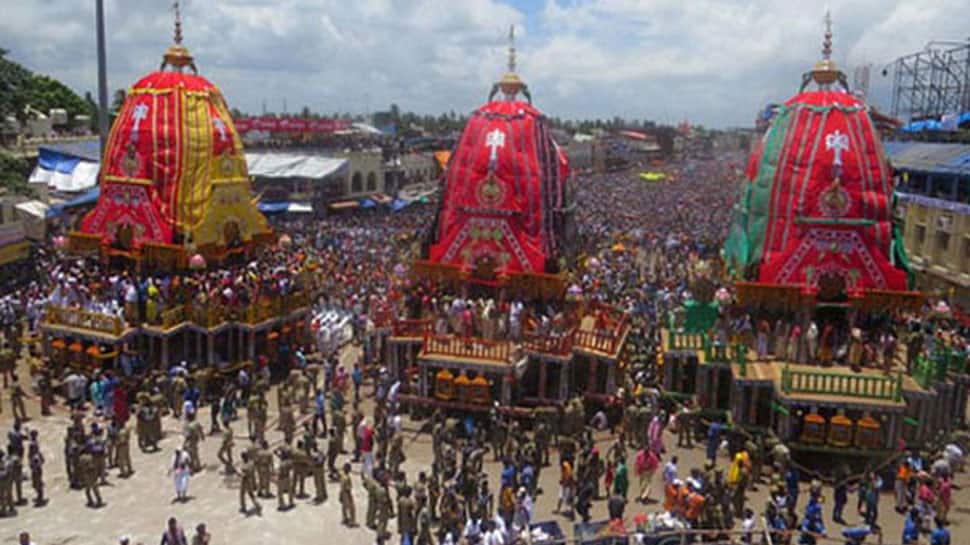 New Delhi: One of the most auspicious festivals celebrated in Odisha, Bhubaneswar—Rath Yatra commenced this year on July 4. Also known as the chariot festival, it happens to be a 15-day long festival which is celebrated with much gusto and fervour in the temple town of Puri, Odisha.

The Rath Yatra or journey of the chariots has a huge religious significance. During the month of Asadha in June or July, the presiding deities—Lord Jagannath, Lord Balabhadra and Goddess Subhadra are taken from their Puri temple to Bada Danda and complete the distance of almost 3 km to Shri Gundicha Temple on huge chariots respectively.

But have you ever noticed, why an ocean of devotees try their best to touch the chariot rope? Well, because there are various reasons associated with it.

The festival holds prime importance in the Eastern side of the country where Rath Yatra is the most revered celebration time. Lakhs of devotees throng Puri, just to catch a glimpse of their favourite Lord riding the chariot.

There are several interesting facts and legends associated with the festival. The holiness of the chariot rope is one of them. It is believed that the Lord himself comes to the human level to show and tell them that he is like any of his devotees. Simple love and faith can make any devotee witness the supreme power of the Lord's divinity.

Such is the love of Lord Jagannath that there are many rituals which show how pure love is enough for the Lord to descend from his pedestal just to bless his devotees! It is believed that the chariot is the embodiment of the Lord himself, while the soul lies inside the deities placed on the chariots.

This is one of the occasions when the Lord chooses to merge with the masses and gives them a way to reach out to him—therefore touch him and feel his blessings.

Devotees can do that by touching the rope. It is believed that touching of the rope will cleanse all sins and bless one till eternity!

Symbolically, the chariot here also acts like the mind—where Lord teaches the masses how to be the charioteer of one's mind and know how to direct and control it.

Rath Yatra's last ritual of the sojourn makes the return of the holy chariots of Lord Balabhadra, Devi Subhadra and Lord Jagannath come to its home—at the sanctum sanctorum of Puri Jagannath Temple after a stay in the Mausima Temple.

The temple town of Puri is adorned beautifully during this festive time as thousands of devotees turn out to visit the divine abode of the lord and seek the blessings of God Jagannath, Lord Balabhadra and Devi Subhadra.

Daily Horoscope: Find out what the stars have in store for you today — July 18, 2019