For the third consecutive day, Delhi recorded over 70 fatalities due to coronavirus on Monday, taking the death toll to 7,060. 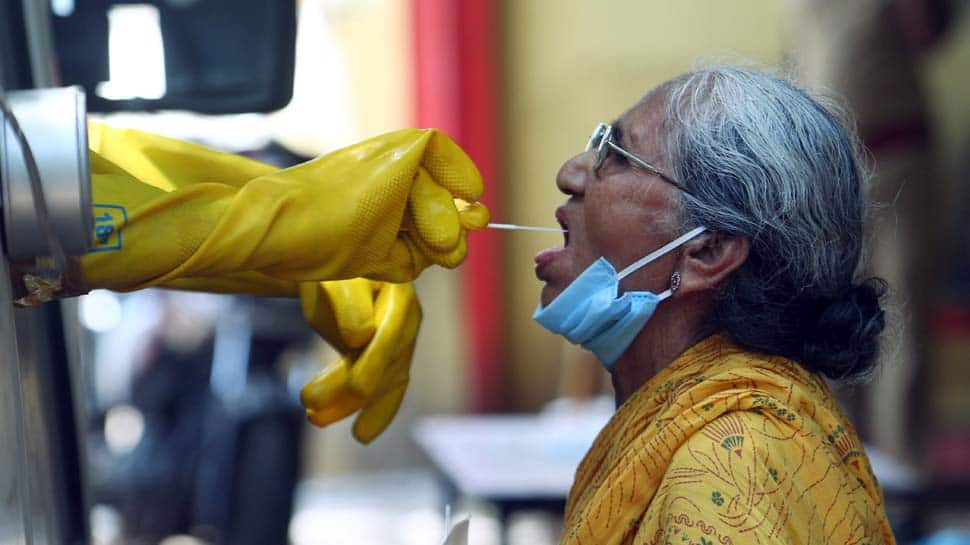 New Delhi: Delhi recorded more than 70 fatalities due to COVID-19 for the third consecutive day on Monday, taking the death toll to 7,060, while 5,023 fresh cases pushed the infection tally in the national capital to over 4.4 lakh, according to a health department bulletin.

Seventy-one deaths were recorded in the city, the bulletin said.

The 5,023 fresh cases came out of the 39,115 tests conducted the previous day. The total number of cases has climbed to 4,43,552, it said. The national capital's positivity rate stood at 12.84 per cent, while the recovery rate was over 89 per cent. The death rate based on the last 10 days' average is 0.95 per cent and the cumulative case fatality rate is 1.59 per cent, the bulletin said.

On Sunday, Delhi had recorded 77 deaths and its highest single-day spike of 7,745 cases. On Saturday, 79 fatalities were recorded. The number of active cases in Delhi stood at 39,795 on Monday, the bulletin stated.

Earlier in the day, Health Minister Satyendar Jain said the Delhi government is conducting aggressive testing to detect COVID-19 cases and 25-30 per cent of the daily infections are diagnosed through targeted testing in crowded places like railway stations and inter-state bus terminals.

In such crowded places, one person can infect around 50 others, he said. Speaking to reporters, Jain said, "We are on the peak (of the third wave of COVID-19) now. Experts say a peak may last for four to five days as was seen previously."

Cases are now coming up more in the working class, especially in the age group of 20-50, he said. On the high number of fatalities reported over the last few days, Jain said, "Even one death is unfortunate but if one sees the moving average of 10 days, it is less than one per cent. And the overall fatality rate is a little above the corresponding national figure."

Meanwhile, the health department principal secretary held a meeting with medical directors and superintendents of COVID-19 hospitals to review the COVID-19 situation in the city, according to the bulletin. The revenue department principal secretary also held a meeting with all district magistrates to review the status of COVID-19 testing and IEC (information, education and communication) programmes.

The number of containment zones in Delhi increased to 3,882 on Monday from 3,878 on Sunday. The sudden spike in cases in the national capital comes amid the festive season and rising pollution level. While Durga Puja celebrations ended on October 25, Diwali and Chhath Puja are only days away.

The National Centre for Disease Control, in a report drafted recently, had warned that Delhi needs to be prepared for about 15,000 COVID-19 cases daily, taking into account the upcoming winter season, related respiratory problems, large influx of patients from outside and festive gatherings.

According to the Monday bulletin, out of a total of 16,195 beds in COVID-19 hospitals, 8,015 are vacant. The bulletin said 296 beds in COVID care centres are occupied by people under quarantine, including travellers who have returned under the Vande Bharat Mission and via bubble flights.

The Delhi government has significantly ramped up testing in the past few days, with the count crossing the 60,000-mark several times. According to the bulletin, 3,96,697 patients have recovered, been discharged or migrated so far. The number of people in home isolation rose to 25,321 on Monday, up from 23,723 on Sunday.