Few more people are believed to be trapped inside the building’s debris. The rescue operations are still underway. 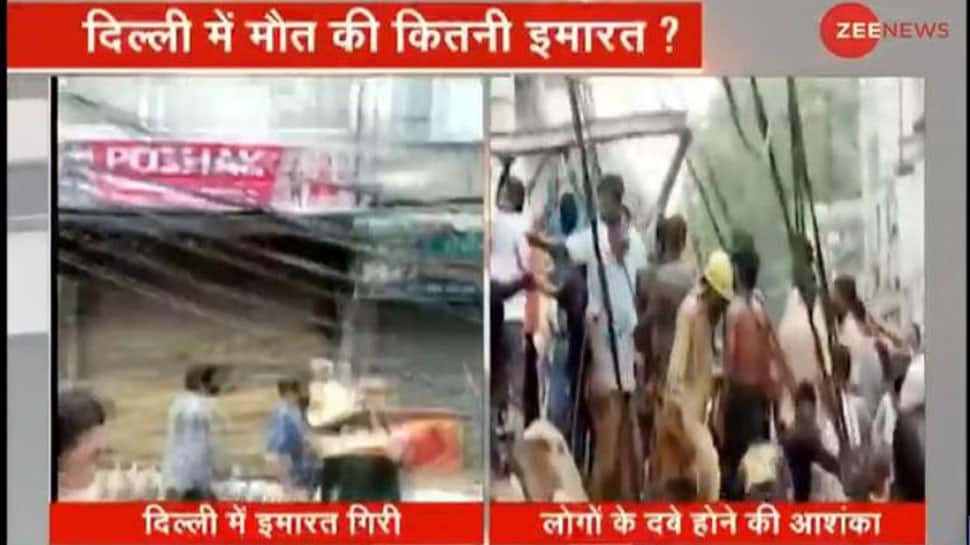 New Delhi: A four-storey building collapsed in north Delhi's Sabzi Mandi area near Malka Ganj on Monday afternoon, triggering panic among local residents. According to the police, a person trapped under the debris was rescued and immediately rushed to a nearby hospital.

Delhi | A four-storey building collapsed in the Sabzi Mandi area. One person has been rescued and taken to the hospital. More details awaited.

(Visuals from the spot) pic.twitter.com/iQ3poHtYCN

Few more people are believed to be trapped under the building’s debris. ''So far, no casualties have been reported due to the incident. The rescue operations are still underway. The Delhi Fire Service received a call about the incident at 11.50 AM about the building collapse, said Atul Garg, the director of DFS.

Total seven fire tenders were rushed to the spot after that, he added.

"Teams of local police, MCD, NDRF among others are present to undertake rescue operation. We need time to assess a number of people stuck under debris. One person has been rescued so far. He sustained a head injury and has been sent to hospital,'' NS Bundela, Joint CP, Central Range, Delhi Police, said.

Delhi Fire Service officials said that they were yet to ascertain what exactly caused the building collapse; however, they were of the view that heavy rainfall for the last few days in the city could have weakened the structure of the building.

The national capital has been witnessing heavy rainfall for the last few days, due to which several areas were reported waterlogged.