The Delhi Police has announced Rs 1 lakh reward for information leading to the arrest of actor Deep Sidhu, Jugraj Singh, Gurjot Singh and Gurjant Singh. According to Delhi Police, all those named in its FIRs were allegedly involved in hoisting a religious flag (Nishan Sahib) at the Red Fort and the violence which was witnessed on the Republic Day. 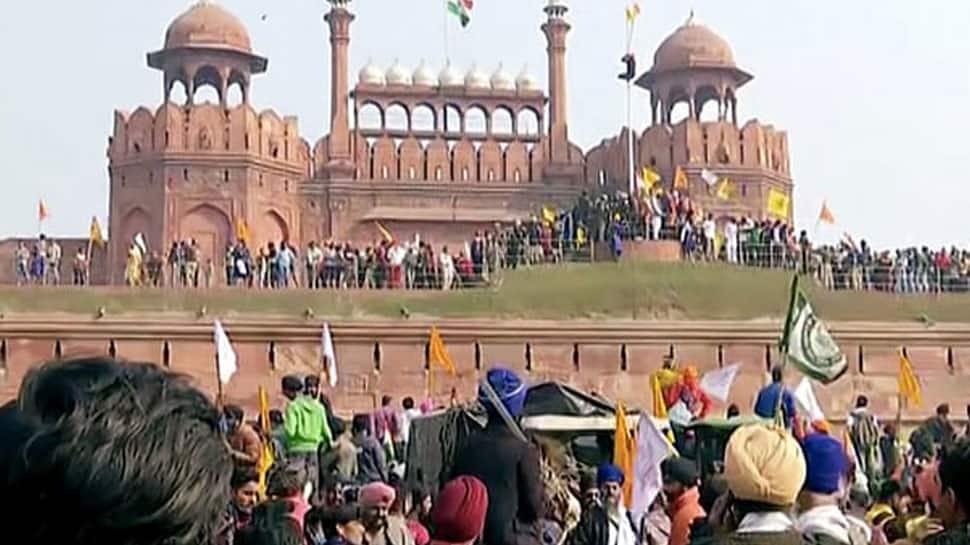 The police have announced a cash reward of Rs 50,000 each for the arrest of Jajbir Singh, Buta Singh, Sukhdev Singh and Iqbal Singh for their alleged involvement in Jan 26 violence.
According to Delhi Police, all those named in its FIRs were allegedly involved in hoisting a religious flag (Nishan Sahib) at the Red Fort and the violence which was witnessed on the Republic Day.

Delhi Police has also intensified its investigation into the violence and the mayhem unleashed during the farmers’ tractor rally on January 26 and launched a massive search against 12 rioters identified by it.

According to the reports, the police have started identifying the rioters who were responsible for the violence on January 26 in the name of farmers’ tractor parade. The Crime Branch of the Delhi Police, which is investigating the case, has begun taking the help of the forensic team to identify the rioters being held responsible for the violence in the national capital on the Republic Day.

The Crime Branch has found several videos of the violence during the farmers’ tractor rally on January 26. The Delhi Police, with the help of the forensic team, has been able to identify the blurred faces of the rioters from those videos.

The police have zeroed in on 12 people who can be seen carrying sticks and rods during the farmers’’ tractor rally on January 26. These miscreants, according to the police, had indulged in violence and attacked policemen at many places, including the Red Fort, during the tractor rally.

The Delhi Police is trying to clean those photos with the help of the forensic team to identify those rioters so that they can be arrested and booked for the January 26 violence. The forensic analysis of these photos and videos will help Delhi Police in bringing out the truth behind the farmers’ tractor violence and expose the real culprits responsible for the mayhem during the Republic day.

The Delhi Police chief SN Shrivastava on Tuesday (February 2, 2021) defended the heightened security measures at the national capital borders and said that they have strengthened barricades so that they cannot be broken again.

"I am surprised that when tractors were used on January 26 to attack policemen and barricades were broken, no questions were raised at that time. What have we done now? We have just strengthened the barricades so that they are not broken again," the Delhi Police Commissioner said.

Shrivastava also visited the police personnel who were injured during the farmers' tractor rally in the national capital on Republic day. He lauded them for exercising utmost restraint in the face of 'violent' behaviour while persuading the farmers to follow designated routes.

Delhi Police informed a total of 510 police personnel were injured during the incident. It has so far registered 44 FIRs against protesters in connection with the violence and arrested 122 people.

Notably, thousands of farmers have camped at Delhi's borders and are demanding a rollback of these three laws -- Farmers' Produce Trade and Commerce (Promotion and Facilitation) Act, 2020, the Farmers (Empowerment and Protection) Agreement on Price Assurance and Farm Services Act, 2020 and the Essential Commodities (Amendment) Act, 2020.

TV actress harassed and molested in front of husband, all 4 men were drunk