He was seen confronting an unarmed Delhi Police officer, forcing him to back off and then moving back shooting at some people on the other side of the road. 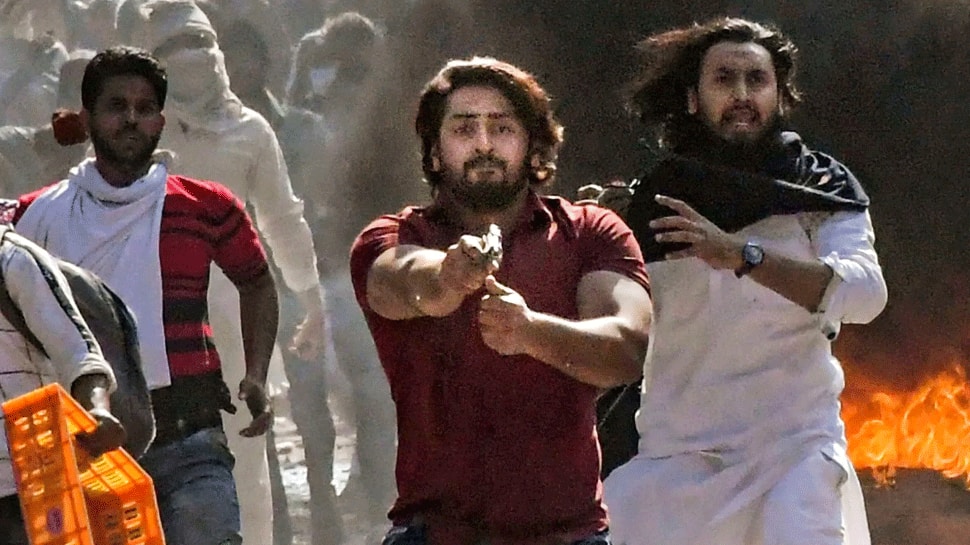 NEW DELHI: Shahrukh, a 33-year-old young man who had opened fire at police personnel during violence which broke out in Delhi’s Jaffrabad after clashes between the Citizenship Amendment Act supporters and protesters recently, has gone missing.

According to reports, a manhunt has been launched to trace the guman by the Delhi Police. Sharukh was spotted wearing a red T-shirt and firing at the cops during violence in Jaffrabad and the police later claimed to have arrested him.

He was seen confronting an unarmed Delhi Police officer, forcing him to back off and then moving back shooting at some people on the other side of the road. Shahrukh is said to be a resident of Shahdara.

At least 39 people have lost their lives and more than 200 hundred injured ever since clashes broke out between pro and anti-Citizenship Amendment Act (CAA) protesters that took place at various places in North-East District of Delhi.

Shahdara Deputy Commissioner of Police (DCP) Amit Sharma was among those injured during clashes between two groups in Delhi's Gokulpuri. He later underwent surgery.
Meanwhile, normalcy appears to be returning as no big incident of violence has been reported in past 24 hours in violence-hit areas of the national capital.

The Delhi Police has made a fresh appeal to people not to believe in any rumours or spread fake videos, messages or anything that could further deteriorate the situation.

Delhi Police late on Thursday issued an appeal urging people and media persons to come forward and give their statements and share pictures and video footage in connection with the violence in North East Delhi.

"Whereas incidents of clashes have taken place in the northeast district, Delhi since February 23. All those who are witnesses to the incidents or have captured any activity on their mobile phones or camera are hereby requested to come forward and give their statements, footage and pictures in their possession at DCP office, northeast district, Seelampur, Delhi, during office hours, on any working day within seven days," B K Singh, Additional CP Crime Branch, said.

Police have issued two mobile numbers - 8750871221 and 8750871227 - for witnesses to contact and share information regarding riots in Delhi. Delhi Police have promised to keep the identity of witnesses secret.

Union Home Minister Amit Shah held a meeting on Thursday evening to review the law and order situation in Delhi after clashes in parts of the national capital over the citizenship law.