According to officials, lawyers were rigid on the stand that first action needs to be taken against police personnel involved in the clashes while police said that any action against the guilty would be taken only once the judicial probe gets over. 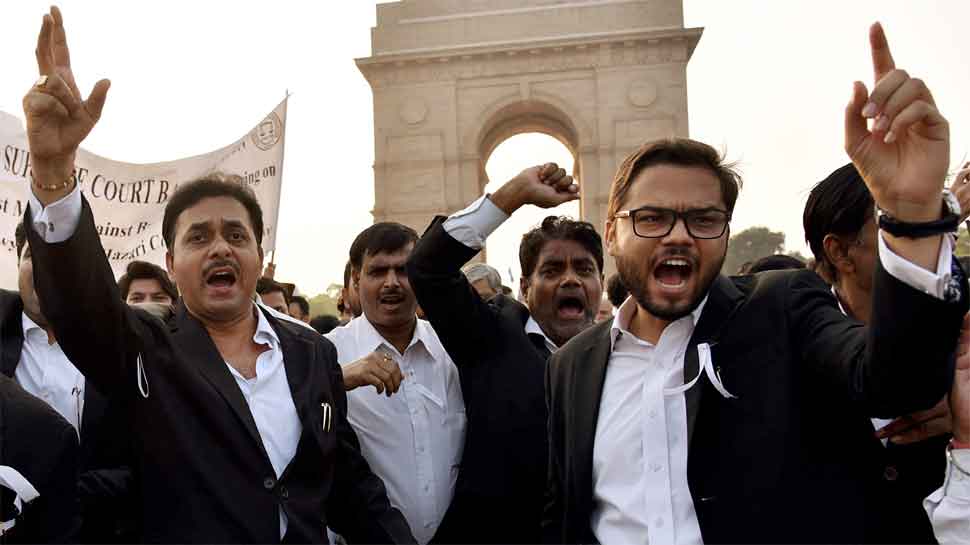 New Delhi: As the meeting between lawyers and Delhi Police failed to bring any resolution, advocates will on Monday continue to stage a protest by abstaining from work at all district courts in the national capital.

"Despite our cooperation, no concrete step has been taken to arrest the police personnel who fired at advocates so there would be complete, complete and complete abstinence from work with all peaceful modes in all Delhi district courts," Dhir Singh Kasana, general secretary of the coordination committee of All District Courts Bar Associations, said on Sunday.

According to the coordination committee, a meeting was held between the members of all district courts associations and representatives of the Delhi police was held at the residence of Lieutenant Governor Anil Baijal but failed to bring any resolution.

Kasana said that the meeting went on for over an hour with Special Commissioners of Police Satish Golcha Praveer Ranjan, Joint Commissioner Devesh Srivastava, Deputy Commissioner of Police (North) Monika Bhardwaj, Bar Council of India (BCI) Chairman Manan Kumar Mishra and all the members of the coordination committee of All District Courts Bar Associations.

Delhi High Court had in one of its order in the matter, advised the representatives of police and lawyers to hold a meeting and find a resolution to the matter.

The lawyers had suspended their strike on November 8 after a joint meeting of Bar Council of India, Bar Council of Delhi and the Coordination Committee of District Court Bar Associations of Delhi.

The lawyers were protesting against a clash that took place between police and lawyers at Tis Hazari Court complex on November 2 over an alleged parking issue, which left several cops and advocates injured.

The Delhi High Court had, on the following day, taken suo moto cognisance of the matter and ordered a judicial inquiry into the clashes. The inquiry, to be conducted by the retired judge of Delhi High Court SP Garg, has to be completed within six weeks.

What is OIC and why Pakistan Dragged Kashmir issue in between?