India's industrial production falls to minus 1.1 per cent in August, electricity generation slips to minus 0.9%

Index of Industrial Production (IIP) had expanded by 4.8 per cent in August 2018. 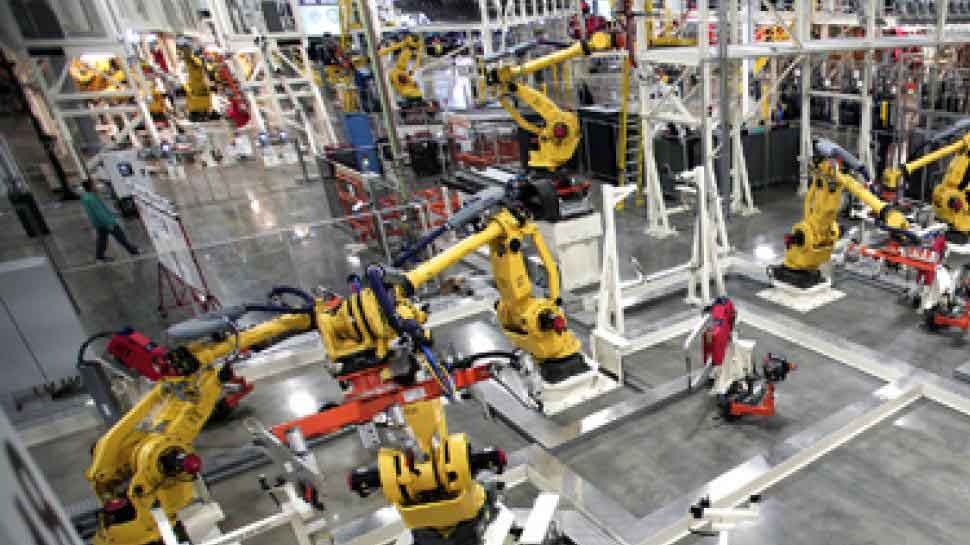 NEW DELHI: The figures released by the government on Friday suggested that the industrial output declined by 1.1 per cent in August due to dismal performance by several sector including manufacturing, power generation and mining sectors.

Index of Industrial Production (IIP) had expanded by 4.8 per cent in August 2018.

As per the data, electricity generation declined by 0.9 per cent as against an expansion of 7.6 per cent in the year-ago month.

The mining sector grew at 0.1 per cent.

The manufacturing sector, which contributes over 77 per cent to the IIP, registered a decline of 1.2 per cent in output during August 2019 as against a growth of 5.2 per cent in the same month of last year.

The overall IIP growth during April-August period was 2.4 per cent, down from 5.3 per cent in the corresponding period of the last fiscal.

The data released by Ministry of Statistics & Programme Implementation said, ''The Quick Estimates of Index of Industrial Production (IIP) with base 2011-12 for the month of August 2019stands at 126.6, which is 1.1 per cent lower as compared to the level in the month of August 2018. The cumulative growth for the period April-August 2019 over the corresponding period of the previous year stands at 2.4 per cent.''